After months of confusion and mixed messages the government today opted out of new European Union rules to crack down on human trafficking, reports Shamik Das. 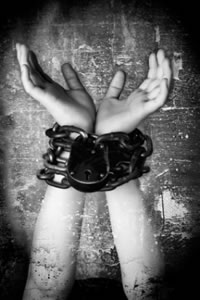 After months of confusion and mixed messages the UK government today opted out of new European Union rules to crack down on human trafficking – one of only two states, alongside Denmark, to do so. The laws, which will apply to trafficking in the sex industry or labour exploitation in fields like construction work, farming or domestic service, would have offered more rigorous prevention and tougher penalties for traffickers, as well as better protection for victims.

Only two weeks ago, when asked in the Commons by Labour MP Chi Onwurah:

“Will the Attorney-General explain why his Government do not sign the EU directive so that we can do all that we can to ensure that those responsible for this trade are brought to justice?”

“I will be corrected if I am wrong, but I rather think that we have signed that directive. The Government take issues relating to human trafficking extremely seriously.”

Then, when asked by Labour’s Gemma Doyle:

“…does he agree that signing up to the proposed EU directive is important in the run-up to those events?”

“I refer the hon. Lady to the answer that I gave to the hon. Member for Newcastle upon Tyne Central (Chi Onwurah).”

“There have been no ministerial discussions with other EU member states on human trafficking… We have decided not to opt in to the European directive at the moment, but we are keeping a watching brief.”

The issue was also raised three months ago at Prime Minister’s Questions, when David Cameron said he would “look into” the directive – with Harriet Harman accusing him of “pandering to the Tory right” for failing to give a guarantee. Despite Mr Cameron’s words, and as confirmed by Ms Featherstone, the UK government did not even take part in the discussions.

36 Responses to “Government opts out of EU human trafficking directive”