David Cameron’s speech last week seemed in part to signify a welcome shift away from a focus on marriage alone, reports Kate Bell, formerly of Gingerbread. 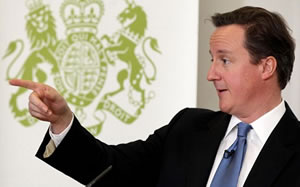 Kate Bell is a former director of policy at Gingerbread, the charity providing expert advice, practical support and campaigns for single parents; Kate is currently a student at the LSE

David Cameron’s speech to Relate last week seemed in part to signify a welcome shift away from a focus on marriage alone, to supporting strong relationships, whether between parents who live together or those who live apart. He said:

“When I talk about families, I don’t just mean the married with two children model… to me, a strong family is defined not by its shape, but by the love and support that’s in it – and we need to be there for all of them…

“There are millions of separated and divorced parents who continue to have a really good relationship just as there are married couples who go through real difficulties.”

All the evidence suggests that it’s not marriage that matters, but the quality of parental relationships – this IFS study, for example, found that young children’s cognitive and emotional development is not significantly affected by the marital status of their parents.

Yet the prime minister remains committed to recognising marriage in the tax system, confirming that:

“… it is wrong that we’re one of the few countries in the world that doesn’t properly recognise marriage in the tax system – and I want to see that change.”

There’s good evidence that financial incentives have little impact on whether people decide to stay together or not. But if, as it seems, Mr Cameron believes that a £3 a week tax break will influence people’s decisions about their relationships, it is clear that he will need to think again about the proposed family benefit cap which will provide a much larger incentive to split up.

As Sam Royston from Family Action has shown, because the proposed cap on the amount of benefits that any one family can receive takes no account of family size, for larger families it provides a financial incentive to split up and form two separate households. As Sam points out, the policy means that a household with four children could be £9,000 a year better off living in two households rather than one.

Government needs to decide whether or not it wants to support marriage, and whether it thinks that financial incentives make a difference to whether people stay together or not. If the answer to both these questions remains yes despite the evidence, then the family benefit cap is directly in opposition to what they want to achieve.

15 Responses to “Cameron sending out mixed messages on family policy”