Low-paid health workers including nurses look set to lose jobs or pay. The move would break one of two promises made by David Cameron and George Osborne. 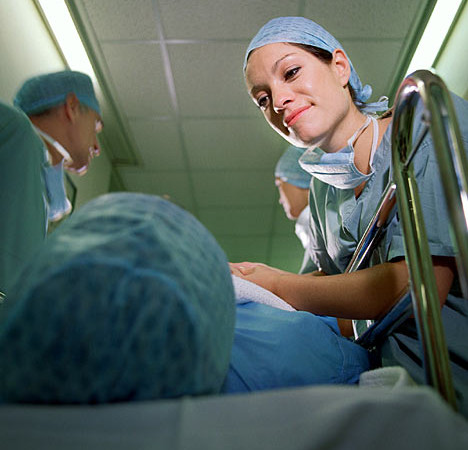 Low-paid frontline health workers, including nurses, are set to lose either pay or jobs in what would amount to a breach of one of two key Tory promises. The latest unwinding follows the news, first reported by Left Foot Forward, that the Tory-led Government’s promise to protect NHS spending had come unstuck.

The Observer today reports that:

The NHS plans to make 35,000 nurses, cleaners and medical secretaries redundant unless staff accept a pay deal that will see them lose up to several thousand pounds a year…

The 1.1 million workers facing the dilemma are mostly the lowest-paid, who, in common with other public sector workers, are already facing two years with no pay rise from April. They are on NHS pay bands 1-6, earning between £13,653 and £34,189.

In an interview with Andrew Marr on the Sunday before the general election, David Cameron said:

“any cabinet minister if I win the election, if we win the election, who comes to me and says, “Here are my plans” and they involve frontline reductions, they’ll be sent straight back to their department to go away and think again.”

Cuts to frontline jobs in the health service would follow the cuts already announced in the police force and justice system. Meanwhile, George Osborne used the Budget to announce:

“That is why the Government is asking the public sector to accept a two-year pay freeze. But we will protect the lowest paid.

“In the past I have said that we would be able to exclude the one million public sector workers earning less than £18,000 from a one year pay freeze. Today, because we have had to ask for a two year freeze, I extend the protection to cover the 1.7 million public servants who earn less than £21,000.

So either Cameron’s promise of frontline reductions or Osborne’s promise on low paid public servants will be breached. No wonder Mike Jackson of Unison said NHS workers faced “a very tough choice, to accept that they should take a drop in their living standards to save the jobs of their colleagues in some cases”.

78 Responses to “Another Tory broken promise on health”