Last week Channel 4 set out to discredit and undermine the environmental movement with their documentary, ‘What the Green movement got wrong’, featuring a handful of individuals that most people have never heard of blaming environmentalists for everything from mass starvation to the spread of malaria to fuel poverty. 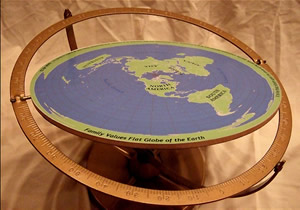 Last week Channel 4 set out to discredit and undermine the environmental movement with their documentary, ‘What the Green movement got wrong’.

Featuring a handful of individuals that most people have never heard of blaming environmentalists for everything from mass starvation to the spread of malaria to fuel poverty, the programme prompted The Guardian’s TV critic John Crace to mock:

“Stand by for further Channel 4 documentaries: How the Greens Caused the Banking Crisis, and Why the Greens Invaded Iraq.”

However, jokes aside, there were a number of false accusations and hidden interests put forward in the film so here Left Foot Forward highlights and rebuts some of them.

First, as George Monbiot highlighted in his column, contrary to the misleading impression given in C4’s polemic, a ban on the use of the pesticide DDT to combat malaria was never encouraged by Greenpeace. Indeed nor were DDT anti-malarial programmes ever banned. Ironically, Greenpeace actually support the use of DDT when used for malaria control.

Second, one of the principle contributors to the film, Adam Werbach, is now considering an OFCOM complaint against C4 for misrepresenting his views.

Werbach told the Guardian that the film:

“… misrepresents who is to blame for many of our social and environmental problems. Blaming environmentalists for starvation and lack of energy [in developing nations] is like blaming weathermen for the weather.”

On Friday Werbach responded to the broadcast in The Atlantic, writing:

“It’s not helpful… when environmentalists are portrayed as all-powerful zealots that have wreaked havoc on the planet.”

He also explained how his protests led to some last-minute editorial changes. Left Foot Forward has learned that Channel 4 were also forced, at the last minute, to remove from their film, statistics about climate change opinions because MORI said they were misleading.

Third, the narrator of C4’s film said all the critics of the green movement that they feature in their film are all united by their belief that climate change is a huge threat that is being driven by human activity. But in fact, one of their central commentators, Patrick Moore, is a climate change sceptic who featured in C4’s own ‘Great Global Warming Swindle’. As Left Foot Forward explained on Thursday, he is also a paid shill for the logging and nuclear industries.

Fourth, the programme suggested people starved in Zambia during a famine when the Zambia government rejected food aid because it was Genetically Modified, and that this was because of environmentalists. In fact, Greenpeace wrote to the Zambian government advising they should not reject GM food aid if no non-GM food aid was available.

Greenpeace have published a detailed response to this serious accusation here. Given C4’s flawed account of the argument over GM food, perhaps it is hardly surprising that it has emerged that the main critics they interviewed for their programme on this issue are funded by biotech corporations including Monsanto. One of them, Florence Wambugu, is a lobbyist for a number of biotech companies.

Finally, Stewart Brand – whose book was the inspiration behind the programme – set up the Global Business Network, which boasts 12 major energy companies among its membership which have interests in both nuclear and coal electricity industries.

If you’re interested, Greenpeace, Friends of the Earth and a number of other environmentalists have also written their own detailed responses and rebuttals to Channel 4.

26 Responses to “Setting the record straight: What Channel 4 got wrong”