Over the last few days the coalition has been keen to sell Universal Credit as the answer to all the labour market's problems. After the deepest recession in decades, they are confident they can reduce worklessness by 300,000 jobs (a 'conservative' estimate), reduce child and working age poverty, reduce working-age welfare expenditure by £18 billion and make everyone in work better off, simply by reforming the welfare system. 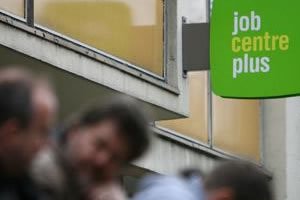 Over the last few days the coalition has been keen to sell Universal Credit as the answer to all the labour market’s problems. After the deepest recession in decades, they are confident they can reduce worklessness by 300,000 jobs (a ‘conservative’ estimate), reduce child and working age poverty, reduce working-age welfare expenditure by £18 billion and make everyone in work better off, simply by reforming the welfare system.

There is truth in the coalition’s claims some people will be at lower risk of poverty as a result of their changes – although governments don’t often admit it the amount lost to fraud and error is much less than the amount ‘saved’ in unclaimed benefits. Simplfying the system so that it is easier for people to claim what they are entitled to is a positive move.

Allowing working people on low-incomes to keep a greater proportion of their benefits is also a welcome move. Increasing the amount that can be earned before benefits are lost, and reducing the rate at which some benefits are cut as earnings rise, will make a real financial difference for many in low-paid work (particularly those in the most temporary jobs, whose benefits may now be more responsive to their earnings).

This is despite a government that is given to significantly overstating the number of people who are not at all better off in work under the present system – and to denying the minimum wage and Tax Credits have done anything at all to improve the incomes of working people.

It does, however, appear to be a fair observation that the gains are not as large as we have been led to believe. According to the Department for Work and Pensions’s chart (page 53), the average gain per week for households in the lowest income decile is around £2.40 per week (or £125 a year), rising to just under £4 a week for those on slightly higher incomes.

For many, this will be nowhere near enough to offset the losses that the cuts of recent weeks have led to, for example the £500 Sure Start Maternity Grant; the freeze in Child Benefit; the £190 Health in Pregnancy Grant; 10 per cent cut in Council Tax Benefit; and the cuts in Housing Benefit. It therefore seems likely that the chart compares UC with the current system after the coalition’s recently announced cuts.

The low average gain could also be because the chart (the only assessment of the winners and losers from UC that the white paper provides) considers average gains and losses across all households in each decile, meaning there will be significant variation according to family circumstances within each decile. For now, we simply don’t know which family types will lose or gain considerably more or less than the average amounts.

Surprisingly for a policy that is supposedly driven by ‘simplification’, there are also some new complexities. In-work conditionality, effectively threatening working people with sanctions unless they can increase their hours, looks as if it is on the cards (although no real details are provided). This is not only unfair; with 2.81 million people already working in involuntary part-time work, finding extra hours is often far from straightforward – it is difficult to see how it could work.

Will working people be expected to find time in their week to attend job centre appointments? If their shifts change at short notice will they be sanctioned? If employers refuse to increase their hours will they be required to quit one job and take up another one? And with the localisation of Council Tax Benefit and the Social Fund looking set to introduce a postcode lottery of support for claimants, it will become harder not simpler for people to understand their entitlements.

The employment impacts are, as the government accepts, inevitably no more than an estimate, based on the idea that as the rewards from work increase people will be more likely to choose to leave benefits and take up employment. But the key factor influencing whether or not people move into work is not whether or not a job pays £2.40 more a week – most significantly, jobs have to be there in the first place.

There are currently 5.2 unemployed people for every job, the number of vacancies has been falling for the last three months and the most recent monthly claimant count data shows a small rise, created by a concerning increase of 16,000 in numbers of newly unemployed people. Unless the government can support the creation of significantly more jobs than it is cutting, it is hard to see how rising unemployment is going to be prevented.

As far as individual work incentives go, it is also important to remember that there is a far wider set of factors that determine whether or not it pays to work – childcare availability; how long it takes (and how much it costs) to get to work; access to public transport; whether the job is possible given someone’s particular health problems; whether an employer is prepared to be flexible about hours in care of childcare emergencies.

Furthermore, given that wider Government policy is to cut spending on childcare, forcing people to re-locate to poorer areas (where there are fewer jobs) and cutting spending on public transport (so that fares will inevitably rise), a fair number of strong work disincentives are also coming down the track.

Despite claiming to be more generous, there will inevitably be a significant numbers of losers in the government’s plans – households that the coaltion remains loathe to discuss the existence of. For example, although the white paper is far from clear on this issue, Universal Credit looks likely to mean that Carer’s Allowance (currently available on a non-means tested basis to adults caring for people in reciept of certain disability benefits) looks likely to be incorporated into the new system, meaning that it will now only be available to poorer carers.

In addition, childcare costs, currently available to lower and middle income families through the Tax Credit system, are to be partly “re-allocated to those working fewer than 16 hours, so that all types of work are rewarded”. The lack of detail on this issue is concerning, but it appears that further childcare cuts are on the cards for many working households.

And Tax Credits are being integrated into this system. Fiendishly complicated, the impacts of the coaltion’s Tax Credit cuts have arguably not yet been fully understood – although new analysis is coming out all the time. But the biggest Tax Credit cut of all appears to be announced in today’s white paper – for every £1,000 increase in a household’s income, the amount cut from their Tax Credit award will presumably increase from £390 (current taper) to £650.

For example, this means that, when combined with the other cuts the coalition has already introduced, a sample working couple family with two children will see their Tax Credit entitlement fall by more than £4,500 from what they currently recieve. No detail on these losses is provided in the white paper, but with such a dramatic change in the taper rate it is hard to see how they could fail to exist.

In addition, despite the Secretary of State’s assertion that ‘no one will be worse off’ under the Universal Credit, this transitional protection will only apply to those already in the system – middle earners moving onto UC for the first time will get significantly less than they do under the current Tax Credit system.

There are also real concerns about the impacts of the sanctions the government are proposing. There are already sanctions in the welfare to work system for refusing to take work, but today’s moves make these significantly longer than at present; at the moment the maximum period that benefit can be denied is 26 weeks. While implying that benefits are being cut for lazy unemployed people who choose to sit around watching Sky TV all day plays well with the press, the reality is likely to be much less palatable to most of the public.

Denying hardship payments (and only providing loans) to lone parents who aren’t able to take jobs as there is no appropriate childcare – meaning their children grow up in severe poverty – and forcing disabled people who can’t access appropriate public transport to get to work into extreme hardship, will creating groups of destitute people who are forced to steal or work illegally as they are effectively entirely shut out of the system of state support, and is the inevitable impact of such a harsh sanctions regime.

The delivery challenges for the government’s reforms are enormous. The timetable for a ‘real-time’ system for collecting household income data appears aspirational at best.  As The Times reports, the system is already delayed – the HMRC business plan for real-time PAYE states that the system will not be complete until 2014, sometime after the planned UC roll out. Given the history of large government IT projects, further difficulties are not unlikely.

There will also be plenty of operational teething problems with such a widescale overhaul of PAYE. For example, a new system is likely to cause particular difficulties for those who are working  the bottom of the labour market. Will small employers of low-paid workers who are currently unable to/choose not to comply with basic employment regulations around the minimum wage or working hours,  suddenly be able to/choose to implement the UC system? At worst this will leave claimants in the most vulnerable jobs in a position where both their wages and benefits are dependent upon the behaviour of exploitative bosses.

So, on the impacts of these changes for simplification and in-work incomes, my assessment is mixed. The new system looks as if it will be simpler (in part) yet more complex for some and much harsher for the most vulnerable (those who are least likely to find work). It will lead to slightly higher incomes in-work for some, and far lower incomes in-work for others.

But, possibly most importantly given there are still close to 2.5 million unemployed people across the UK, on the most important test these reforms fail: there is no evidence at all that they will create jobs. Where is the evidence that employers will see a simpler benefits system as a driver of job creation? And where is the coalition’s policy for employment growth?

Despite all the media spin, prior to the recession unemployment fell dramatically under the last government. This was not a result of harsher benefit sanctions, but of a growing economy. There are still more than five unemployed people for every job, and the government’s only real plan on employment is to cut a million posts across the public and private sectors.

For a Government so focused on worklessness, it is surprising and highly concerning that creating work is not higher up their agenda.