Yesterday's leading article in The Times on the Labour Party leadership election system more reflects the paper's enduring hostility to trade unionism than a serious concern for Labour's integrity. What other proposal for extending democracy would begin by proposing a radical reduction in the electorate? 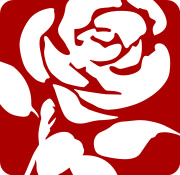 Tony Woodley is the joint general secretary of Unite

Yesterday’s leading article in The Times (£) on the Labour party leadership election system more reflects the paper’s enduring hostility to trade unionism than a serious concern for Labour’s integrity. What other proposal for extending democracy would begin by proposing a radical reduction in the electorate?

Trade unions did not vote for Ed Miliband in the leadership election. Trade unionists did, in a secret postal ballot – and they gave the new Leader a far wider majority in terms of the votes of actual individuals voting than the weighted percentages cited by The Times indicate.

The direct votes of Labour-supporting trade unionists in the leadership election should  be seen as a strength not a weakness – they are analogous to the votes cast in US primaries, which no-one seems to object to, and help ensure that the party leader is connected to the broad range of sympathetic voters. Were the vote to be confined to individual members alone, no doubt The Times would claim that it was all in the hands of unrepresentative activists.

On the larger point regarding the future of New Labour, none of the politicians cited by The Times in their reports seem to have grasped the implications of the crash of 2008 for any political project based, as New Labour was, on over-reliance on markets and, in particular, the finance sector.

I would only add that it is odious to read Margaret Hodge, MP for Barking, describing unions as “irrelevant in British society” (£) when her re-election this year in the face of a BNP challenge was so dependent on supporters we in the unions mobilised from outside her own constituency, a fact she acknowledged at the time.

This letter was originally sent to The Times but failed to make it into today’s paper.