Remembrance Day is always a day that makes one particularly melancholic and not just for the most obvious reasons. In many respects Remembrance Day is meant to be a celebration rather than a time of sorrow and mourning; who can doubt the joy that many hundreds of thousands would have felt in 1918 when one of the most harrowing conflicts in modern history finally came to an end? 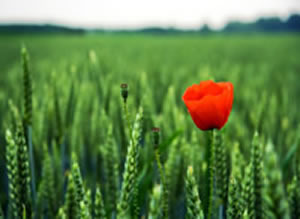 Remembrance Day is always a day that makes me particularly melancholy and not just for the most obvious reasons. In many respects, Remembrance Sunday is meant to be a celebration rather than a time of sorrow and mourning; who can doubt the joy that many hundreds of thousands would have felt in 1918 when one of the most harrowing conflicts in modern history finally came to an end?

For many in my generation, who aspired to serve in the militaries of our respective nations, World War II was the epitome of self-sacrifice and altruistic heroism. There were very few grey areas in that conflict, a struggle between freedom and tyranny, where heroes were made of those who did their part and fought for their countries.

Nothing should ever be taken away from these veterans, of either war, for without them the world would be a much different and more terrible place.

For today’s younger citizens, however, both wars are now very distant and detached events in history. Instead they see news reports of the conflicts in Iraq and Afghanistan, which are far removed from the two World Wars. Yet the impact on their veterans is no less harrowing.

The latter half of the 20th century has seen some of the most personally destructive wars in history, a litany of conflicts that have left deep scars in society that are often covered up but have never healed: Malaya, Vietnam, Northern Ireland, the Falklands, Somalia, Sierra Leone, and the former Yugoslavia.

In each of these theatres service personnel have fought bravely and died selflessly and yet for most their sacrifice is almost forgotten, even on this day of remembrance.

There has been a fundamental shift in the nature of armed forces in the West over the past half century. Now more than ever before, with the abandonment of conscription and national service, the military has become alienated from civilian society. Fewer people are able to identify with the problems veterans face in a world where their every action in combat is scrutinised and every decision questioned.

After both World Wars widespread celebrations for returning veterans were common and comforting but today such acts of thanks have all but vanished.  The reality for many of today’s veterans is one of cold and unrelenting trauma: just as in almost every conflict since the Korean War more returning soldiers have now taken their own lives than have been killed in action.

And a large number of those that do not do so are plagued with drug and alcohol problems, which in many cases will lead to their discharge from the military and being cut off from the only support network they have. In such a situation suicide becomes an option that is more attractive than nightmares, paranoia, and uncontrollable anger, just some of the more common symptoms of post traumatic stress disorder (PTSD).

Many more commit crimes as a result of their various psychological and physical issues and are imprisoned, their history of service wiped away by a condemnatory criminal record. Having seen friends and colleagues experience the bitter aftermath of war, the most unnatural experience for human beings, and having experienced the grim reality of the Iraq theatre I have experienced firsthand the lifelong struggle that so many are now faced with.

It is vital that we remember the conflicts of the past, the two World Wars that have shaped the modern world in which we live. The men and women who fought so bravely should never be forgotten; their example of sacrifice, dedication and altruism is one that I fear would be duplicated by far fewer in our modern society. But those that do replicate it should be as much of a focus today as our honoured veterans of decades ago.

More than their actions in combat and the political ambiguity of the wars in which they fight, service personnel should be remembered for what they have given to their nations: for the courage, fidelity, and belief that they have shown in freely accepting their roles as protectors of their societies and fellow citizens; for volunteering to take on the most arduous duties that most do not want and even fewer understand.

Remembrance Day should be about the men and women of our armed forces rather than the political realities of war or the flags that they bear. It should be about remembering what they do every day, or have done, to keep others safe and the unimaginable burden that many will bear for the rest of their lives as a result.

Even if many cannot and could never fully understand it, the very least they can do is try.

19 Responses to “Remember those that shall not grow old, as we that are left grow old”