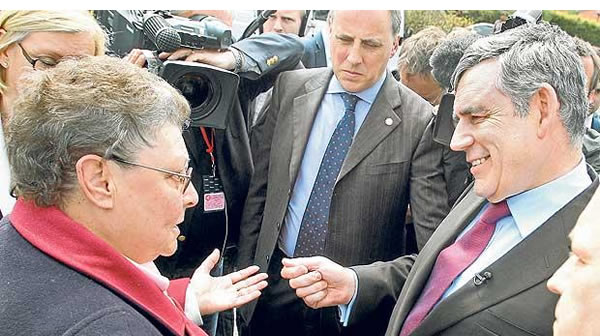 Rob Ford of Manchester University and I recently analysed data from the British Electoral Survey (BES), the gold standard of electoral research, to establish the real role that immigration played in how people cast their votes in the General Election.

Our analysis, published today in an ippr/Prospect pamphlet, ‘Immigration under Labour‘, suggests the view that immigration cost Labour the 2010 election does not stack up, or at least it stacks up in a very different way. The picture from the BES suggests that immigration concerns were, as many have suggested, concentrated among white working class voters with traditional affinities for Labour, whose support was critical to winning a fourth term.

Furthermore, the evidence suggests that voters who were annoyed about immigration were more likely to defect from Labour. We conducted a range of regression analysis to test whether immigration was a significant influence on 2010 voting patterns, building models of Labour voting and vote-switching from Labour to the right-wing parties, and assessments of the three main parties’ leaders.

The findings from all the models are fairly consistent: Labour’s performance on immigration was a significant factor in vote choice decisions, particularly a decision to switch from Labour to a right-wing party and in assessments of Gordon Brown and David Cameron. In this sense the commentators are right.

Critically, however, immigration did not decide the election: in our models of overall Labour voting and voters’ judgements about Gordon Brown, David Cameron and Nick Clegg, assessments of Labour’s economic performance loomed much larger. Immigration may have influenced some voters, but it is clear that this election was a referendum on Labour’s performance in the economic crisis.

Nearly half of all voters volunteered economic concerns as the top priority facing the country, while another eight per cent named the related issues of unemployment and consumer debt.  Immigration was clearly an issue concerning the electorate, gaining the second-most mentions at 14 per cent among voters, but it ran a very distant second to all-encompassing economic concerns.

Labour might have won some voters back had it adopted a more restrictive or populist line on immigration, but it would have won back far more by convincing the electorate that its economic policies were the best available.

One Response to “Immigration was a factor, but it did not cost Labour the election”