Following yesterday's article on Left Foot Forward that discussed Douglas Alexander's exposing of three counts of statistical misuse by Iain Duncan Smith, the Secretary of State for Work and Pensions has released a written ministerial statement clarifying his remarks. 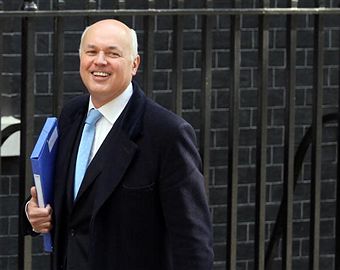 Following yesterday’s article on Left Foot Forward that discussed Douglas Alexander’s exposing of two counts of statistical misuse by Iain Duncan Smith, the Secretary of State for Work and Pensions has released a written ministerial statement clarifying his remarks.

As fullfact.org reports, IDS today amended his previous statistics with reference to the private marketplace in housing and national LHA rates, in particular the fact that the source for his information was not from the Office for National Statistics but instead the Find a Property private rental index.

Furthermore IDS changed the supposed time scale that the statistics were drawn from, replacing “last year” with “between November 2008 and February 2010”.

Aside from amending both the source and time scale of the facts mentioned at the November 9th debate that provoked Mr Alexander’s letter, IDS also clarifies the confusion over the funding for discretionary housing payments.

After seemingly conflicting statements by IDS and a number of his colleagues, the work and pensions secretary confirmed that the total funding will be £140 million for the spending review period.

Perhaps the most bizarre clarification in the statement was concerning IDS’ claim that housing benefit expenditure had increased 50 per cent in real terms over the past five years. Mr Alexander’s letter pointed out that this was clearly not the case.

Rather than apologising for yet another error in his statistics, IDS merely ‘confirms’ housing benefit has increased 50 per cent in real terms over the ten year period between 2000/2001 – 2010/2011, double the time period that he had previously claimed.