In an open letter to Iain Duncan Smith, Douglas Alexander queries the Department for Work and Pensions's use of statistics. 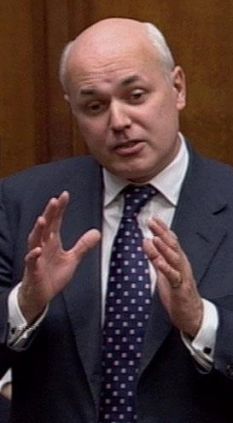 Shadow Work and Pensions Secretary, Douglas Alexander, has written to his opposite number Iain Duncan Smith regarding the accuracy of statements made in a Commons debate on November 9th. The clarification sought by Mr Alexander follows a series of instances of misuse of statistics by the DWP.

In a letter seen by Left Foot Forward, Mr Alexander raises questions over conflicting sets of statistics used by IDS and his colleagues on the subject of discretionary housing spending. The MP for Paisley and Renfrewshire South calls for clarification over the correct figures and in doing so criticises the Government’s handling of discretionary payments:

“The additional spending on discretionary payments are symptoms of changes that are being implemented with excessive haste, but as the Government justify the speed with which they are taking action with reference to this fund, the public need clarity on how much will in fact be allocated to existing funds.”

Mr Alexander also questions IDS’ use of statistics on housing benefit expenditure. On November 9th, Mr Duncan Smith’s claimed that “the figures show that the real-terms increase over the past 5 years was 50%”. DWP figures show real terms expenditure on Housing Benefit was £15.3bn in 2004-05 and £20.5bn in 2009-10.

Alexander points out that there has not been a 50% increase in real terms and suggests that “the phrase real terms may have accidentally slipped into the Secretary of State’s comments.”  While not concluding that this was deliberate misinformation, Alexander expresses his desire to have accurate information presented when debating in the house, so as to allow the Government to be held to account.

The two clarifications follow a series of instances of misuse of statistics by DWP. Secret briefings from DWP are also under investigation by the National Statistician following a request from the independent Full Fact website.