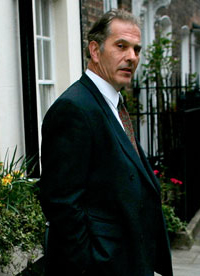 Sunder Katwala is the General Secretary of the Fabian Society

The comments of Howard Flight, following those of Lord Young, suggest David Cameron may need to set up a John Major style “Downing Street Peers Hotline” so that some of his more elevated Tory colleagues can call up to find out what they are about to say over a jolly good lunch might end up sounding when reported on planet earth.

The Tory party rather than the taxpayer could fork out for it this time – but we would all gain if the prime minister did not have to spend quite so much of his time explaining that his colleagues’ stream of foot-in-mouth comments are, of course, in no way reflective of what top Tories think about the rest of us.

One simpler lesson is: don’t try to bring eugenics back into modern politics.

Flight is of the right ideological stable to recall how warning about the “human stock” essentially ended Keith Joseph’s hopes of political leadership in the pre-Thatcher era.

As Paul Staines points out on the Guido Fawkes blog, early Fabians were among those who took eugenics seriously in the late 19th and early 20th century.

He’s right about that – there was a wide range of interest, from imperialists and socialists, in applying a bastardised social darwinism to social science and political affairs.

This leads to some extremely nasty and shocking implications – though these were perhaps less obvious in an age of empire, when assumptions of racial hierarchy were part of the intellectual furniture of most of society in Britain, western Europe and the United States, making their social extension perhaps seem less offensive. Especially after the holocaust, there are very good reasons why just about everybody today understands this is not part of legitimate mainstream political discourse.

But I am slightly puzzled by the charge that the modern Fabian Society have been very quiet on the theme. It simply isn’t part of legitimate political discourse, and modern Fabians don’t believe in eugenics.

Fabians have said that clearly and often for decades, so is there much more to say about it?

Shaw’s genius cannot be doubted. Nor his astonishing range, from his major contribution to music criticism to his being the only Nobel laureate to also bag an Oscar. But he is all paradox – the deeply committed wag, the egotistical collectivist, who pioneered great causes and pursued absurd flights of fancy with equal vigour: against Shakespeare, against Darwin, for an entirely new alphabet.

Michael Holroyd, author of the magisterial biography to which all discussion of Shaw is indebted, refers to “that mixture of rare sense and inspired nonsense that the world had come to refer to as Shavian”. The difficulty in working out when to take Shavian hyperbole seriously has meant that few have tried…

But for Shaw, not being taken too seriously may be a blessing. The case against him seems compelling. Very few early Fabian arguments on economics, which they saw as foundational, survive. Much worse, Shaw ended his long career as an apologist for Stalin’s Soviet Union and ventured dangerously into eugenics. Can any reputable Shaw with anything to say to us today really be rescued from all that?

Guido Fawkes risks joining Glenn Beck of Fox News, who has been entertaining his viewers with extended conspiracy theories about the Fabians.

The truth is that there are very few democratic political traditions as self-critical or more pluralist than the Fabians. That’s why the Fabian debate could encompass the anarchism of Oscar Wilde, the mutualism of GDH Cole and the Webbs’ invention of the modern welfare state.

When Tony Crosland took on the legacy of the Webbs in The Future of Socialism, it was a Fabian critique of Fabianism.

“Total abstinence and a good filing system are not now the right sign-posts to the socialist Utopia: or at least, if they are, some of us will fall by the wayside”.

Today the relevance and limits of Croslandite social democracy is part of the Labour conversation.

Revisionists revise. The enduring mission of a fairer and more equal society remains. The economics, the social arguments, the policy means, the vision of the society, all are always open

So it was telling that, when Richard Reeves and Phil Collins told Labour to ditch the poisoned Fabian tradition, they cited lifelong Fabian – the Society’s Life President no less – GDH Cole as the anti-Fabian hero who could inspire a liberal mutualist counter-reaction to the Fabians.

As I wrote at the time:

Collins’ extreme language about the “poisoned well” suggests that nothing good can come of state action. There have been Fabian mistakes, from flirting with eugenics to the tower blocks of the 60s. But the NHS and the minimum wage – Fabian ideas from a century ago – will rightly endure.

You could much more easily mock the Fabians for excessive reasonableness than make the charge of extremism stick. The Society published “What’s Wrong with Fabianism” by the LSE’s David Piachaud in 1995 (available from the LSE online Fabian archive), addressing the limits of “mid-century Fabianism” which its assumption that “Fabians know best”. (Similar tracts from the New Right were not much in evidence after the financial crash of 2008).

So what’s the real reason that Guido Fawkes is worried? He wheeled out the same charge on the day of January’s New Year Conference, attempting a pre-emptive strike on the “A rally of freedom hating statists who will throw soundbites to a tweeting mob”.

His own anarcho-libertarianism remains an important rival strand of political thought in democratic debate – though a distinctly unpopular populism on the long road to libertopia.

Perhaps it is that Fabian membership is today higher than it has ever been in our 126 year history.

That’s the thing about gradualism – we might even get there in the end.