Last week thousands of students and academics marched on parliament to protest against sweeping changes to higher education funding. The coalition government has announced an astonishing 80 per cent cut in public funding for higher education. As a result, fees will treble to £9,000 per year. Students will foot the bill as government withdraws. 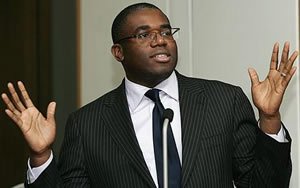 Last week thousands of students and academics marched on parliament to protest against sweeping changes to higher education funding. The coalition government has announced an astonishing 80 per cent cut in public funding for higher education. As a result, fees will treble to £9,000 per year. Students will foot the bill as government withdraws.

Unsurprisingly, no one is happy with a deal that increases fees for students but not funding for universities. If that were all, the government could probably ride out a rough period, even with the prime minister telling students on a visit to China that they will pay less because their British counterparts will pay more. But it is not.

These reforms are not just a hike in the cost of university, they are an unprecedented attack on the liberal arts in higher education. Some of this country’s greatest institutions, from the London School of Economics to SOAS, will effectively be privatised.

Whilst departments teaching science, technology, engineering and mathematics (S.T.E.M.) subjects have the capacity to secure sponsorship from industry, arts subjects do not have such connections. The result is that when the teaching grant cuts are cut, it will be the liberal arts that suffer.

If George Orwell or Adam Smith applied to university today, they would be told to pay their own way. David Cameron (PPE), George Osborne (History) and Nick Clegg (Social Anthropology) might also reflect on whether their own education deserved public subsidy.

There is the view that the eternal human need for knowledge and self-expression will be enough to sustain demand. But the truth is that the certain subjects will become the preserve of a small elite whose exposure to the arts reflects their upbringing rather than their interests of aptitudes. This concern may not register in a government with 22 millionaires sitting around the cabinet table, but already those from poorer backgrounds are less likely than middle class students to study arts and humanities.

Students will no longer ask themselves which subjects they are passionate about, or which skills they want to acquire. The only question will be a depressing, utilitarian one: which courses are worth taking all the debt on for?

The rationale for the changes is framed in economic terms, but even this belies the nature of work in the modern world. Google doesn’t just employ physics graduates. It also needs people to work in marketing, communications, legal, managerial and human resources roles.

To address problems like climate change, we need scientists to determine the impact of carbon emissions, but also economists and social psychologists to help establish what really drives more environmentally-friendly lifestyles.

Above all these reforms beg wider questions about the kind of society we want to live in which go beyond material wealth or inequality. The presence of liberal arts in higher education provides a voice of sanity, of cultural analysis and resistance that business and science do not. The very fact that it does not attract corporate sponsorship makes its presence in the academy an increasingly important counterweight to the inroads of big business in every part of society.

If university is where the boundaries of knowledge, analysis and creativity are stretched, then Britain will become decidedly lopsided if S.T.E.M. subjects forge ahead whilst liberal arts subjects are left underdeveloped. The arts are not all pretty rhymes and sunsets, but rife with philosophical, social, historical and economic insights about the modern, complex societies we live in.

In a global age these things matter. The strength of work produced in British writing, performing arts, visual arts and architecture is universally recognised and envied. Forget Trident, the arts are the one thing which allows Britain to punch above its weight on the world stage. Despite this, we may become the only major Western democracy to withdraw public funding for the arts and humanities. In the US, France, Germany and across Scandinavia the government pays its fair share. Britain will now stand alone.

In the name of austerity the government is undercutting one of the central planks of British culture and British identity. It is an historic constitutional decision and it is a mistake. The government must think again.