Whilst others are busy comparing competing views on the coalition’s environmental record after Chris Huhne’s speech on the Green Deal at the LSE on Tuesday, all the papers - The Times, The Daily Telegraph, The Guardian - seemed to miss a significant aspect of the story behind the climate change and energy secretary’s speech. 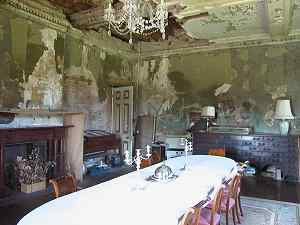 Whilst others are busy comparing competing views on the coalition’s environmental record after Chris Huhne’s speech on the Green Deal at the LSE yesterday, all the papers (The Times (£), The Daily Telegraph, The Guardian) seemed to miss a significant aspect of the story behind the climate change and energy secretary’s speech.

On top of this highly inefficient stock, 47 per cent of homes in the private rented sector are non-decent with a Category 1 hazard under the Housing Health and Safety Rating System (HHSRS). These worst properties are, effectively, unfit for human habitation.

In July, Grant Shapps announced his promise to the private landlords – there will be no more red tape, no more regulatory ‘burden’, no more restraining the sector’s ability to make higher margins. Mr Shapps sought to perpetuate the myth that:

“… the vast majority of England’s three million private tenants happy with the service they receive… the current system strikes the right balance between the rights and responsibilities of tenants and landlords.”

Given the evidence of the appalling quality of the private rented sector, the widespread dissatisfaction of tenants and likelihood that the poorest will be consigned to live in the worst properties it is a ludicrous suggestion that the private rented sector operates within a functional legal framework – especially with regards to energy efficiency.

The announcement by Mr Shapps tied the hands of the Department for Energy and Climate Change (DECC) and Mr Huhne with the Green Deal. There is a real need to regulate the private rented sector to ensure the worst properties are improved which they now can’t achieve unless the Department for Communications and Local Government (DCLG) accepts the reality of the situation in the private rented sector.

The Government will now, through the Energy Security and Green Economy Bill, seek to place the burden on the tenant to improve the landlord’s property and then have to pay for it through their energy bills.

There have been many excuses over the years as to why landlords won’t improve their properties, but the chairman of the National Landlord Association was the most honest about the problem in his evidence to the Communities and Local Government Committee in 2007:

“I can only surmise from my position working with landlords day to day that the situation must have something to do with the fact that landlords generally do not live in the property.”

The sector is not only the worst maintained, but we seem to accept that businesses (for that is what landlords are) are allowed to subject their tenants to living in appalling conditions with inadequate levels of insulation and poor heating. The coalition government’s approach to addressing this is to shift the responsibility from the landlord onto the tenant to ensure the property is improved.

The government could have chosen to compel landlords to improve the worst properties through a functional regulatory framework with the tenants protected. Instead, they deferred the decision to 2015. Introducing a clear, timetabled regulatory framework of mandatory minimum standards of energy efficiency for the private rented sector at the start of the Green Deal with the landlord, as the owner, being responsible for maintaining and improving the property would be far more appropriate.

Instead, the government has sought to empower tenants to improve the landlord’s property instead with the landlord unable to refuse. The tenant will also have to pay for the improvements through their energy bills through taking up the Green Deal finance.

The real winners yesterday were the landlords. They will gain from a higher quality property that can command a higher rent and a higher resale value. Every tenant should be able to live in a home that is as warm as everyone else but they shouldn’t have the burden placed on them to carry out and pay for these improvements when they don’t own the property.