Universities need to be invested in; rewards include tackling the national debt in the short term while ensuring we have a highly skilled, high growth economy. 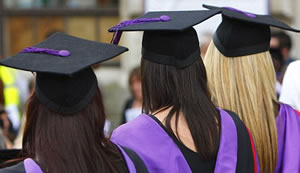 Our guest writer is Fiona Edwards of the Free Education Campaign

In order to justify the Liberal Democrats’ sharp u-turn on student funding Vince Cable played the old Thatcherite card that there is no alternative because of the state of the public finances.

He told the Commons:

“My own party consistently opposed graduate contributions, but in the current economic climate we accept that the policy is simply no longer feasible.”

But missing from his argument has been the central role higher education could play both in reviving the economy now and in promoting long term prosperity and growth in the future.

Shadow business secretary John Denham hit the nail on the head with his rebuttal to Cable yesterday saying:

“Higher education is important not just for individual graduates but for growth, prosperity, job creation and our ability to succeed in a competitive world.”

As Nobel prize-winning economist and former head of the World Bank, Professor Joseph E. Stiglitz, has also pointed out:

“[We need] investments in technology, education and infrastructure… such spending will stimulate the economy and create jobs in the short run and promote growth and debt reduction in the long run.”

A briefing by the Free Education Campaign produced earlier this year pointed out that the previous government’s figures illustrate that investing in higher education reaps significant immediate economic benefits.

It revealed that the £23 billion spent each year on higher education, funded from both the public and private sectors, produces an economic return of £60bn, arising from a variety of sources including jobs, exports, innovation and so on.

That means for every one pound invested in higher education, the economy expands by £2.60. Treasury models indicate that half of this – around £1.30 – comes back in tax revenue, giving the government extra income on each pound invested to pay off the national debt or invest in other public services.

The latest evidence from the OECD suggests the return from investing in higher education is key to economic revival. The OECD Education at a Glance 2010 report recently stated:

It explained how the return would be much bigger than the original outlay (table A8.4):

“Even after taking account of the cost to the public exchequer of financing degree courses, higher tax revenues and social contributions from people with university degrees make tertiary education a good long-term investment.

“Net of the cost of degree courses, the long-term gain to the public exchequer averages $US 86,000 in OECD countries, almost three times the amount of public investment per student in tertiary education. Overall returns are even larger, as many benefits of education are not directly reflected in tax income.”

The report shows that the gains are even higher in the UK, with up to a 382 per cent return. Yet alongside the double whammy attack on students – through plans to abolish the cap on tuition fees and introduce commercial interest rates on student loans – Lord Browne has made the assumption that there will be a huge reduction in state investment in higher education by cutting university teaching budgets by 80 per cent.

This failure to invest is going to aggravate the serious problem of Britain falling behind other countries with regards to the number of graduates it is producing. The UK is already plummeting down the graduate league table and is now below the OECD average for graduation rates. In 2000 it was a world leader, nine percentage points above average.

The caricature conjured up by some that higher education is about academics sitting loftily in their ivory towers is far removed from the real role higher education plays: invigorating the British economy. It needs to be invested in. The rewards will include tackling the national debt in the short term – and ensuring Britain has a highly skilled, high growth economy in the long term.

The Free Education Campaign will be addressing a session at the Progressive Students conference called ‘Organising to challenge the cuts consensus: No to higher fees – invest in education’. The session will take place from 10.30-12, Saturday 23rd October at Birkbeck College, central London.

28 Responses to “Don’t turn your back on universities, Vince – invest in them to tackle the deficit”