Thousands will today join a Westminster rally against the deep and rapid spending cuts to be announced in tomorrow's comprehensive spending review. 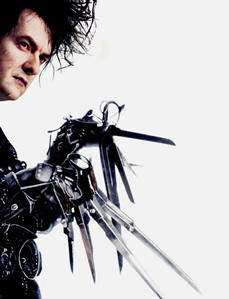 Thousands will today join a Westminster rally against the deep and rapid spending cuts to be announced in tomorrow’s comprehensive spending review. It may be organised by the TUC, but the speakers come from a broad range of backgrounds.

• Chief executive of the Child Poverty Action Group, Alison Garnham, president of the Methodist Conference, Reverend Alison Tomlin, and Duncan Shrubsole from Crisis will speak about how the cuts are hitting the poorest and the most vulnerable the hardest.

• Friends of the Earth’s director Andy Atkins will warn that cuts to green projects will hit attempts to build a low-carbon economy and create new jobs.

• Holly Dustin from the End Violence Against Women Campaign will talk about how government plans to tackle the deficit will hurt women, Alison Lyddon, a physiotherapist, will speak of how the NHS helped her when she suffered a serious injury, Kaytie McFadden from Coventry Youth Council will warn of her fears for what the cuts mean for younger people, and Joe Baden from the Open Book project, an access programme at Goldsmiths University for ex-offenders, will talk about social inequality and the cuts to higher education.

• Actors Benedict Cumberbatch, who hosted last week’s Have I Got News for You? and who recently played Sherlock Holmes in the BBC mini series Sherlock, and Joe Kloska, who appears as a civil servant in Made in Dagenham, will speak about cuts to arts funding and the closure of the UK Film Council.

• Dot Gibson from the National Pensioners Convention will speak about the impact of the cuts on older people.

“Tomorrow the government will announce unprecedented cuts in public spending – deeper than any of us can remember. They will bite deep into our social fabric – and hit some of the poorest and most vulnerable members of our society.

“Today  you will hear from a new and much broader coalition than that which makes up the government. A coalition of the concerned, a gathering of those who say that these cuts offend our deep British sense of fairness.

“The truth is that there are alternatives. At every point in the development of its policies, the government had choices. The government deliberately chose to meet 80 per cent of its target by spending cuts, and not by tax. And that means making Britain a more unequal, more squalid and nastier country, as a deliberate policy.

“The great myth in this debate is the more that you cut, the quicker you reduce the deficit.

“The biggest contribution to reducing the deficit in any conceivable plan comes from economic growth. It’s a hard-working country that can generate the tax that can fill the deficit gap, that can create the jobs that a lost generation of young people need, and that can meet the challenges that we face as a society – from moving to a low-carbon economy to eliminating child poverty.”

The TUC strategy is based on building the widest possible alliance of service providers, those who use them and all those who care about social justice or worry about the wider economic impact of such deep cuts. The lobby of parliament that follows is aimed at coalition MPs, particularly those with small majorities or who stood on a manifesto that rejected early deep cuts.

It may be too much to hope that the bulk of the media will give up their obsession with France, strikes and Ed Milliband’s diary – this being an entry for the most inaccurate story ever written about the TUC. But wise government MPs will remember how many of them once had to retreat on the poll tax. It was when their constituents came out and said this is unfair.

The rally starts at 12:30 at Westminster Central Hall, with doors opening at noon, and from 2:30 there will be a lobby of parliament