George Osborne will stand up today and tell the House of Commons that there's "no alternative" to the pain of his cuts. Every time he does so, he's lying. 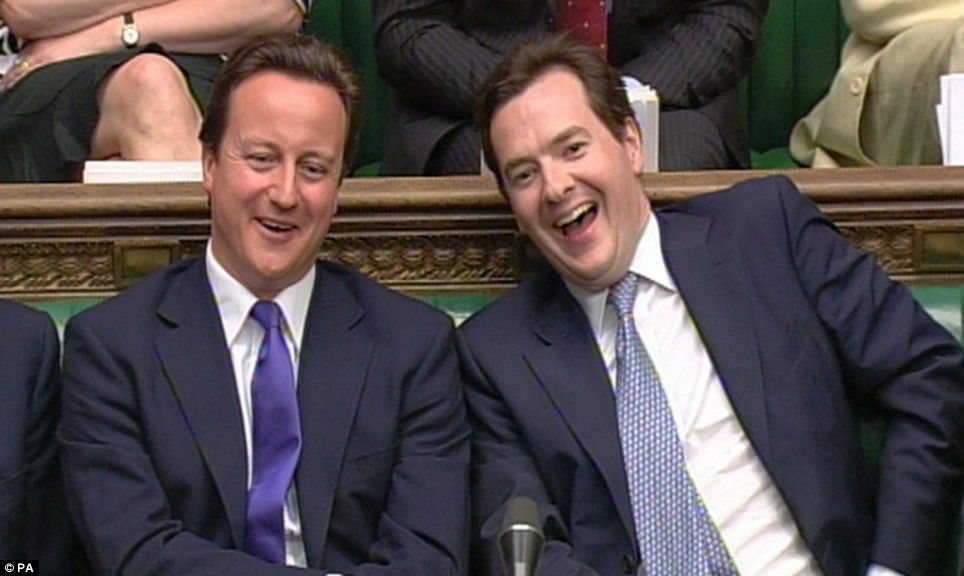 George Osborne will stand up today and tell the House of Commons that there’s “no alternative” to the pain of his cuts. Every time he does so, he’s lying.

The alternatives available to George Osborne are twofold: (i) go slower, and/or (ii) put more emphasis on taxation. Both approaches reduce the impact of the fiscal consolidation on growth in a manner which more than offsets the additional debt interest payments. The OBR (Table C13) is clear that the difference between eliminating the deficit this Parliament and halving it in four years is just £4.2 billion – a small fraction of the overall deficit.

In September, Left Foot Forward set out a ‘responsible deficit reduction‘ plan which stuck to Alistair Darling’s timetable and adopted a 50:50 split between tax and spend. Last week, the Institute for Public Policy Research think tank published their own alternative plan. They clearly showed how departmental cuts could be reduced by following an approach that:

• reduces the underlying deficit more slowly, in six years rather than four;

• delivers a 65:35 ratio between spending cuts and taxes; and

• maintains investment on capital projects such as transport and housing at 1.8% of GDP, as this “will promote economic growth and higher employment.”

Alongside the “no alternative” fallacy watch out today for Mr Osborne:

• breaking David Cameron’s promise that there would be “no cuts to frontline services under a Tory government“;

• claiming that public spending will rise in cash terms – a dangerous argument which has drawn scorn from left and right;

• appearing to reduce the size of departmental cuts by shifting pain to welfare recipients – there may be some modest changes that are acceptable but the vulnerable will lose most; and

• claiming that the cuts are “tough but fair” – we’ve heard that one before.

Whatever the chopper Chancellor announces today, don’t be fooled.

Next Left have an excellent blog looking at the key questions posed by today’s CSR including the democratic deficit of the Tory’s approach.

Meanwhile, Martin Wolf in the FT (£) calls Osborne’s plan “excessive” and estimates that it will reduce growth by “between 1 and 2 per cent of GDP, each year.”

49 Responses to “There is an alternative”