As Education Minister Michael Gove allegedly raised a glass of wine to celebrate the Comprehensive Spending Review (CSR), thousands of the country’s poorest teenagers would have been debating whether to go to college following the Government’s announcement to “replace” Education Maintenance Allowance (EMA). 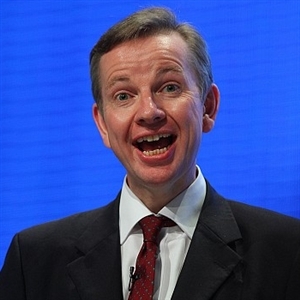 As Education Minister Michael Gove allegedly raised a glass of wine to celebrate the Comprehensive Spending Review (CSR), thousands of the country’s poorest teenagers would have been debating whether to go to college following the Government’s announcement to “replace” Education Maintenance Allowance (EMA).

Prior to the CSR, EMAs were a means-tested allowance of between £10 and £30, paid to 16- to 19-year-olds who stay on in education and who are from deprived backgrounds where household income must be below £30,810 per year.

Those receiving the £30 payment make up 80 per cent of all recipients and to be able to receive this payment it requires household income to be below £20,817 per year.

A survey carried out by the NUS in 2008 found 65 per cent of participants on the highest EMA rate of £30 stated that they could not continue to study without EMA.

The spending review explains that “savings” from EMA are £0.5 billion, almost the same amount saved in the June emergency budget when the Coalition said they were “committed” to keeping EMA. Unless they are saying they can deliver the same scheme for a mere £64 million, which would be quite incredible.

This makes bad long-term economic sense. All that will be created by axing EMA is higher economic inactivity among 16-19 year olds – an age-group who are not able to jump through the many hoops to be able to claim Jobseeker’s Allowance, effectively dumping them on the scrap heap.

Even the DirectGov website recognises the fact the learning a new skill and gaining extra qualification can increase your annual income by £3,000 per year, which would surely help increase tax returns. It certainly doesn’t plan beyond 2015, it is widely recognised that there will be very few unskilled jobs by 2020 and having higher youth unemployment will only increase the welfare budget.

The weight of evidence supporting EMAs is compelling. For example, research by the Institute for Fiscal Studies shows attainment at GCSE and A-level by EMA recipients has risen by 5 to 7 percentage points since its introduction, and by even more for those living in the most deprived neighbourhoods. Additionally, RCU Market Research Services found in 2007 that

“EMA is reducing NEET (those Not in Employment Education or Training) and also motivating learners to work harder.”

A 2008 report carried out by by Ipsos-Mori, on the effect of EMA and entry to employment, also concluded that EMA was reducing NEET and motivating students.

Scotland provides an example of why EMA shouldn’t be axed – the SNP administration has cut the budget for EMA by 20 per cent and made regressive changes to eligibility criteria. The changes have lowered the threshold for the £30 payment but removed the £10 and £20 payment brackets.

The £20 and £10 payments remove some of the barriers to participation in education, particularly in covering costs towards transport. Figures released by the Scottish Government last year show that the allowance helped school pupils from low-income families stay in education with 77% of school pupils on the EMA scheme for the full year completing the attendance rates and learning expectations set out for them compared to 70% in 2006-2007.

The NUS claimed that it would lead to 8,000 students dropping out and as youth unemployment in Scotland has risen to its highest levels since 1997, it is hard to dispute their early prediction. I will leave you with the words of Alex, one of the many to get in touch with us, summing up the human-impact of the CSR:

“I need EMA otherwise I will have no education. In other words… no future.”