Ideologically-driven Conservatives have seized the economic crisis to knock back the BBC – and it only took 48 hours, writes Left Foot Forward's Joy Johnson. 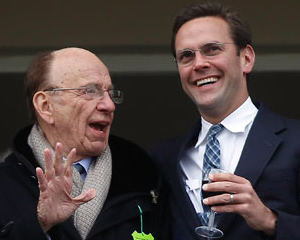 So the Tory-led coalition government has gone on its rampage and at the last minute demonstrated the shambolic nature of the cuts, or more correctly I should  imagine, Tory ideological calculation, the BBC was ambushed. Commercial opponents have long wanted to diminish the BBC and in the pages of the Daily Mail and News International its programming and its people come in for a battering. Even in the last few weeks there were complaints about the number of BBC people in Chile covering one of the truly great global stories.

The warning signs came with James Murdoch’s speech in Edinburgh which took the attacks to a different level. Pursuing News Corporation’s business interests, which sees profit in everything, he railed against the BBC’s brilliant web service and declared that the BBC was embarking on a land grab. This was all too much for the Murdochs; for them, the only empire that should grow is News Corporation.

“The BBC is dominant… Other organisations might rise and fall but the BBC’s income is guaranteed and growing.”

And so you had it. Clear warning signs that took the BBC hierarchy a whole year to counter-attack with Mark Thompson’s speech in the same venue last August. Thompson didn’t go all out with guns blazing but he did make an important, and with today’s news, prescient point:

“A pound out of the commissioning budget of the BBC is a pound out of [the] UK creative economy. Once gone, it will be gone forever.”

It was a defiance that lasted all of a three months. Faced with government battalions, he waved the white flag. The Corporation will now have to pay for the BBC World Service previously paid for by the Foreign office. And the licence fee is frozen for six years. Osborne also gave Rupert and James what they wanted – a commitment from the BBC to spend less on its website.

And calls for the BBC to go down the subscriptions route have already begun. It must be avoided at all costs. The consequence of the ambush has meant that public service is no longer regarded as a public good. The BBC fat cats with their bloated salaries lived high on the hog and it has weakened them; ideologically-driven Conservatives have seized the economic crisis to knock back the BBC – and it only took 48 hours.

49 Responses to “Payback? Osborne’s raid on BBC gives Murdochs exactly what they wanted”