The new economics foundation report, out today, seeks some answers and the first thing they found is that it is very difficult to find out where our money went. 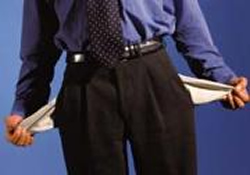 Our guest writer is Tony Greenham, head of business and finance at nef (the new economics foundation)

Two years ago Britain teetered on the brink of a financial meltdown. The government put together a rescue package for the broken banking system that amounted to £1.2 trillion of taxpayers’ money on the line. I’m sure you need no reminding of this. But as the dust begins to settle and the banking industry also looks to settle – comfortably back into business as usual – we thought someone should ask “where did our money go?” and “what did we get in return?”

Our report, published today, seeks some answers and the first thing we found was that it is very difficult to find out where our money went. The level of transparency around the ongoing scale of government support is patchy, and the banks themselves are largely unable to say how they have used the government bail-out money.

In fact it turns out that not much has changed: rates for borrowers are no better than before the credit crunch and lending has stagnated or fallen, with the struggling small business sector the hardest hit. Despite this the banks are still on government life-support and there is a looming funding gap in 2011, worse than in other advanced economies, of £25 billion a month. There seems no end in sight for the taxpayers’ support of the banking system.

None of the various options for filling this funding hole look particularly realistic. Banks can try to persuade you and me to save vastly more with them than at present, which seems unlikely as we have plenty of other places to put our money such as mutual funds, national savings or building societies. They can scale back their bloated balance sheets, but although this is essential in the long run, in practice this means another credit crunch on the high street at exactly the same time as severe government spending cuts begin to bite.

Finally, they can try to carry on as they are, relying on fickle funding in the international inter-bank markets via short-term unsecured borrowing or continuing or even scaling up the securitisation of their own loans. It is precisely the reliance on this type of funding that made the banks so unstable before the crisis and the whole aim since has been for them to build more stable, long-term sources of finance.

But the real trouble with this option is that by 2011 they will need to secure double the quantity (£25 billion a month) than they are currently managing (£12 billion a month) at the same time as key government support scheme are being withdrawn – the Special Liquidity Scheme that provides £185 billion of Bank of England lending, and the Credit Guarantee Scheme that allows the bank to borrow £125 billion from the inter-bank markets under guarantee from the taxpayer.

The government has lost no time in announcing and implementing dramatic public sector reforms and spending cuts, which makes its approach of kicking banking reform into the long grass of the Vickers Commission look lop-sided to say the least. Fiscal retrenchment and banking bail-outs are two sides of the same coin – as Ireland is now discovering much to its acute discomfort.

Are accelerated public spending cuts being partly driven by the need to fund potential further bail-outs? Can the economy withstand severe spending cuts at the same time as another credit crunch on the high street? Why are we not even asking the questions about whether the banking system actually serves society and the planet?

The government’s approach to the banks can now be seen as too slow and too timid. If there is a big lesson we can draw from the banking crisis, it is that private banks are completely entwined with the public purse. This requires a fundamental re-think of the laissez-faire approach of the last few decades. The previous administration showed no appetite for taking on the banking lobby – this one must do better. Our report reminds us that it is we who pay the piper; it’s time to start calling the tune.

• The full report is available at:

21 Responses to “Where did our money go? Building a banking system fit for purpose”