The ‘bonfire of quangos’ may or may not lead to centralisation or deregulation depending on circumstance. 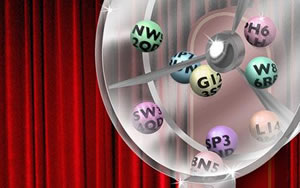 Today on Left Foot Forward we have highlighted the tension between the perhaps laudable ideal of ‘localism’- and the bothersome and difficult task of maintaining national standards – and the ‘bonfire of quangos’, which may lead to centralisation or deregulation depending on circumstance. The coalition view seems to be that the best outcomes will arise naturally when we free local groups, people, doctors, teachers, parents, and patients to follow their own course.

At the abstract level this is an appealing philosophical ideal that this may or may not work in practice, depending on the detail. Let me give a concrete illustration.

I have previously written about the Interim Cancer Drug Fund. From the 1st of October £50 million extra funding has been shared between the Strategic Health Authorities (SHAs) to pay for currently unsupported cancer drug treatments. Decisions on funding are to be made by locally appointed panels of physicians, when a patient applies via their oncologist.

Two SHAs (that I am aware of, there may be private guidance I am unaware of) have helpfully produced public guidelines as to the disease and drug combinations that they will fund – East Midlands and London. The lists of diseases and treatments are quite different. The East Midlands SHA have outlined seven drugs that they will fast-track for consideration whilst the London SHA list contains 15 for approval. Only three diseases and drug combinations appear on both lists.

Now the East Midlands SHA guidance clearly states it is:

“… not an exhaustive list and other drugs will be considered on a case by case basis by the clinical panel.”

and the London SHA also makes clear elsewhere that:

“… applications for drugs not on the specified list will be considered by PCTs for exceptional funding on an individual case-by-case basis.”

Yet clearly each SHA is prioritising different treatments. What is this, if not a postcode lottery?

And will it satisfy charities and patient groups? One such charity, the James Whale Fund which helps kidney cancer patients has recently defended the Interim Cancer Fund and stated:

“… we will be one of the first charities to test out the new system in October for kidney cancer patients denied cancer treatment by the PCT’s.”

Yet of the four drugs that they have previously campaigned for (that I am aware of), they will find only Everolimus prioritised by the London SHA and a very similar competing drug Temsirolimus (both mTOR inhibitors) fast-tracked by the East Midlands SHA. So inconsistencies and omissions might yet generate some anguish – or lengthy appeals (target decision time is <31 days).

Nevertheless it is early days for the Interim Drug Fund and perhaps the irregularities will be sorted out come the launch of the £200m Cancer Drug Fund. Certainly most oncologists and patient groups are happy for the extra money – and so we might look to the criteria adopted by the London SHA to select their list:

Hmm… sounds familiar. We could set up a body to set priorities for the whole of the country based on these clear and fair guidelines – and of course it would have to be independent of political meddling. That would be NICE then!

11 Responses to “Localism or a postcode lottery?”