One of the biggest losers from the Comprehensive Spending Review was local government, though the full scale of the cuts will not emerge till December. 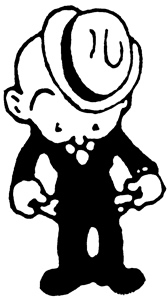 Our guest writer is Jessica Studdert, political adviser to the Labour group at the Local Government Association (LGA)

One of the biggest losers from the Comprehensive Spending Review was local government. Having, in the past, over-delivered on Treasury efficiency targets, local authority budgets have much less slack to tighten yet now face real terms reductions of 28 per cent over the next Parliament. This is a much tougher settlement than other parts of the public sector, and compares with overall cuts of 8.3  per cent across all government departments.

The fall in local government grant is significantly frontloaded which means that the first year 2011-12 cuts will be much deeper. This means councils will have little time to plan for the quick restructuring that is now required. Frontline services will inevitably be hit hard as councils face extremely difficult choices about which they can keep running.

“This is going to have serious knock-on effects for local public services which all our residents, including children, families and the elderly, rely upon.”

The topline 28 per cent cuts do not cover the full story. Local authority capital funding was also cut, by 45 per cent, again significantly steeper than the cuts in capital funding across the whole of the public sector, which average 29 per cent. There are also some ‘known unknowns’.

Small print in the CSR document suggests some CLG’s resource budget, which will reduce by 33 per cent in real terms, will be part devolved to local government, which could indicate further overall reductions, although this is not yet clear. There will also be knock-on effects from cuts to social welfare and housing, as the costs of delivering statutory services will increase due to increased demand for them.

The full picture for each individual local authority will not emerge until the local government settlement is announced by early December. There is likely to be significant variation in what different local authorities stand to lose or keep, and the impact is unlikely to pass the Chancellor’s ‘fairness’ test.

Area Based Grant covers additional revenue funding allocated according to specific policy criteria and many ABG funding streams are calculated according to need. Significant cuts to some ABGs were already announced in the summer, and yesterday Eric Pickles wrote a letter to Local Authority Leaders informing them that remaining grants, including housing related support for vulnerable people, would now be rolled into Formula Grant.

Formula Grant has a greater element of central allocation that is the same for all local authorities, so there is a fear that the potential merging of ABG into Formula Grant will mean that the poorest areas will see their current spending cut disproportionately higher than wealthier areas.

The cut in council tax benefit also creates potential for uneven distributional impacts between local authority areas. Cutting 10 per cent of the overall council tax benefit bill might not have much of an impact in Richmond, but further down the Thames in Tower Hamlets it will be more significant. Councils will either have to find the money from elsewhere, or those less able to pay will again be hit harder, and council tax arrears could be forced up.

The potential cumulative impact of these reforms on our communities, when set against the mere 14 per cent by which the Royal Family must tighten their belts, casts doubt over the Government’s claim that “we’re all in this together”.

16 Responses to “Local councils amongst biggest losers from CSR”