John Hutton's report on public service pensions raises as many questions as it answers - his interim report is about the big picture, not the detail. 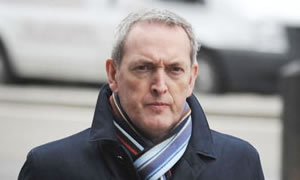 John Hutton’s report on public service pensions raises as many questions as it answers. His interim report is about the big picture, not the detail of what will happen in individual pension schemes. There is much to welcome, but also much for public servants to fear.

The value of public service pensions has already been reduced by 25 per cent Lord Hutton reveals. The switch to CPI indexation in the budget reduced their value by 15 per cent, and the negotiations with Alan Johnson in 2005 – dismissed as meaningless by many on the right – adds a further 10 per cent cut.

While there is no detail about what his big picture reforms will mean in practice, they could potentially make substantial changes to the pensions people get when they retire. While progressives will welcome his clear concern for the low paid, many public sector workers are middle income. They may lose out from a pension scheme that moves away from being based on their living standards when they retire.

But ministers hoping for a quick easy contribution to rapid deficit reduction will be deeply disappointed, as he has singularly failed to provide any blueprint. Instead he puts the ball firmly back to ministers saying increased contributions from staff are entirely up to them, and says further:

“…that any increases should be managed so as to protect the low paid and, if possible, increases in contributions should be staged and need to be considered with a view to preventing a significant increase in opt out rates.”

At a time when public servants are facing a pay freeze, job cuts and increased workloads, the government may well shy away from providing an issue that unites public servants across sectors. Inflation has taken off, and cuts in actual take home pay would provoke an angry reaction.

But on the positive side, Lord Hutton has firmly rebutted the view expressed by right wing think-tanks and both coalition parties that public service pensions are ‘gold-plated’:

“It is mistaken to talk about ‘gold-plated’ pensions as being the norm across the public sector. In the most part, the pensions that are paid out to public service employees when they retire are fairly modest by any standard.”

And he rejects the right wing view that public sector pensions must be reduced in line with private sector provision:

“(The) downward drift in pension provision in the private sector does not however provide sufficient support or justification in my view for the argument that pensions in the public sector must therefore automatically follow the same course. I regard this as a counsel of despair.

“In making clear I believe there is a case for further reform I have therefore rejected a race to the bottom as the only answer, and hope that reformed public service pensions can be seen as once again providing a benchmark for the private sector to aim towards.”

He defends the unfunded pay-as-you-go model for public sector pensions (where contributions go towards paying pensions, rather than invested) which is anathema to the TaxPayer’s Alliance, and rejects the big scary numbers generated by those trying to pointlessly assess what it would cost to pay all future pensions tomorrow. Instead, like the Treasury, National Audit Office and Office for Budget Responsibility, he accepts that the real measure of pensions affordability is the proportion of GDP they cost to pay.

The graph reproduced from his report shows that this is not out of control but eminently affordable:

Indeed any reasonable reader might well conclude that while there may be a case for restructuring some elements of pension provision, there is no pensions crisis and the savings already made ensure their continued affordability without any further cuts in provision.

• There is further analysis of the Hutton pensions report over at Touchstone.

16 Responses to “Hutton’s pensions report: Much to welcome – but also much to fear”