The economic turmoil of the past 2 years is absent from the coalition government’s ambitious prescription to reduce unemployment, explains ippr's Tess Lamming. 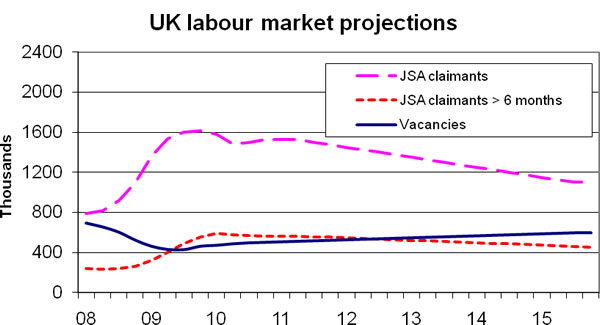 Our guest writer is Tess Lanning, researcher at the Institute for Public Policy Research (ippr)

In another time of high unemployment George Orwell lamented that “these unemployed are all unemployables”. Now, as then, the debate rages about whether people are out of work because of a shortage of jobs, or because they lack motivation, skills and ambition. The work and pensions secretary seems to think the latter:

“Aspiration, it seems, is in danger of becoming the preserve of the wealthy” – Iain Duncan Smith, 27 May, 2010

Perhaps this is why the economic turmoil of the past two years is conspicuously absent from the coalition government’s ambitious prescription to reduce unemployment. Their £3 billion ‘Work Programme’ is in keeping with the previous government’s New Deal, born in an era of strong economic growth. This back to work scheme will provide services to support people to seek work more effectively and to tackle any personal barriers to work. In short, the government is pledging to make the unemployed more employable.

But when there are more than five people chasing every vacancy in the UK, jobs also count. New analysis by the Institute of Public Policy Research (ippr) reveals that there are 330,000 fewer job vacancies in the UK than there are long-term unemployed people alone. And this highly competitive environment shows no sign of abating. ippr’s calculations suggest that there will still be 4.6 unemployed people – and 1.6 long-term unemployed – for every vacancy at the end of 2011.

In a report published this week ippr presents evidence that in both boom and bust the shortage of jobs has played a bigger role than previously realised. Far from lacking motivation, many people living in deprived areas have to put constant effort into looking for work, locked in a frustrating search for the next low paid, low skilled and temporary job.

The recession hit deprived areas hardest and amid fierce competition for jobs, companies are now turning away perfectly employable candidates. 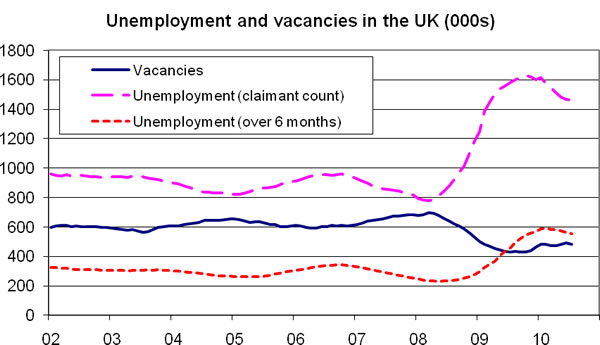 ippr argues that if back to work services are to improve the prospects of the most disadvantaged job seekers, they will need to play an active role in supporting businesses to survive the downturn and grow. Sector-specific employment programmes support growth sectors to expand or invest in a workforce, and as such have the potential to help create new jobs.

The approach works well in growth sectors and those with skills gaps. Most small businesses – the key drivers of future growth – are keen to expand but many struggle to find people with the right skills or lack the capacity to manage new staff.

These organisations want tailored support to improve business planning and tools to increase management capacity and implement training, boosting productivity among workers. Some enterprising organisations that use this approach have helped stimulate an improved local economic climate, with more and better jobs for jobseekers.

Where these schemes struggle it is because of the difficulties of engaging companies operating in low skilled industries to invest more in workforce development and better utilise the skills of their workforce, suggesting a problem with the poverty of aspiration among employers.

While the UK’s flexible labour market has been credited for the lower than expected rates of unemployment after the recession, in the long term ‘flexibility’ and short-termism have also removed incentives for employers to invest in skills and retain staff. Temporary and part time workers are less likely to receive in work training and a third of UK employers provide no training at all. The result is not only fewer jobs, but poor opportunities for workers to progress and relatively low levels of innovation and productivity in the UK economy.

In some countries associations of employers, bound by locality or sector, contribute to a collective fund for apprenticeships and work-focused training. International practice shows that these can help to stimulate investment and utilisation of skills among employers. To avoid the problem of low skill sectors opting out, involvement should be mandated by legislation if necessary.

Ed Miliband is right to argue that the coalition needs a more coherent strategy for growth – and both the IMF and the OECD agree. But at a time where he has asked Labour to re-evaluate the role of flexible labour markets, all parties need new solutions. Promoting flexibility among employers is arguably more important to recovery than demanding more flexibility from British employees. Businesses that are able to adapt and deploy well-trained staff to different tasks are better able to weather shocks and take advantage of emerging markets.

• The report will be published this week – read the executive summary here.