The Express reported today that 75 per cent of the ‘most serious crimes’ were not solved under the labour govt - yet failed to report crime overall fell by 43%. 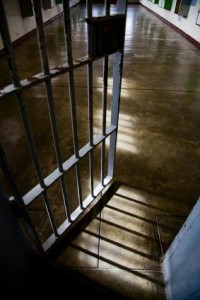 The Express today reported that 75 per cent of the ‘most serious crimes’ were not solved under the labour government. So called ‘soft justice’ was responsible for thousands of criminals being let off, they claimed. The Ministry of Justice figures showed that of the 4,338,604 notifiable offences recorded in England and Wales in 2009, 28 per cent, or 1,204,967 offences, were marked as detected. But only half of those detected by police resulted in criminal charges.

But they nearly neglected to mention that overall crime dropped eight per cent last year, and fell dramatically throughout labour’s time in power. As Shamik Das reported in Left Foot Forward, official statistics show that crime fell by 43 per cent between 1997 and 2010.

The British Crime Survey revealed in July that crime decreased by 9 per cent from 10.5 million to 9.6 million offences from 2009 – 2010 – the lowest figure since 1981 and the first time the number has dropped below the 10 million mark since records began. Although there has been no significant change in violent crime in the past year, in the longer-term, as with overall crime, it is down 50 per cent since its peak in 1995.

Furthermore, the Guardian this week revealed leaked coalition plans to slash the justice system by around 30 per cent. This will considerably reduce the number of people in prison, and will see the closure of 150 courts across England.

According to the leaked documents, some of the biggest savings were to come from sentencing reforms which are likely to see fewer short-term prison sentences with thousands given community-based punishments instead of jail. A source told the Guardian that the coalition plans suggested a reduction in the number of prisoners by at least 6,000.

The average cost of housing an inmate is £41,000 a year, so using alternatives to jail or giving shorter sentences is seen by the coalition as an obvious way to save money. The Ministry of Justice is proposing to close 103 magistrates’ courts and 54 county courts, saving a further £38 million.