Hidden in Mr Cameron's appeal to mobilise people in the national interest, is a further, pernicious attack on law that in fact protects all of us. 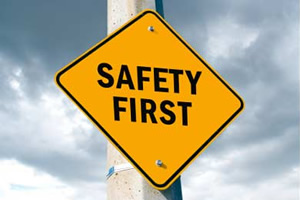 Our guest writers are Steve Tombs and David Whyte, authors of a new book, Regulatory Surrender, published by the Institute of Employment Rights

“Your country needs you,” says the prime minister. “We’ll devolve power, but you need to take it.” And in this moment, we understood that the big society meant nothing more nor less than a revised version of Mr Blair’s active citizenship agenda. It is an appeal with a, quite literally, dangerous flip-side. For as the big society rolls out, the red tape that gets in the way of the active citizen is rolled back.

So, hidden in the appeal to mobilise people in the national interest, is a further, pernicious attack on law that in fact protects all of us. We are currently in the midst of two reviews of regulation – red tape, as its opponents like to denigrate it – that support Mr Cameron’s full frontal assault on the bureaucratic state.

One is under the stewardship of Vince Cable’s ‘Reducing Regulation Committee’; a second is led by Mrs Thatcher’s former trade and industry secretary Lord Young. It is clear now that there is a direct link between the big society and the deregulation assault.

On Sunday, Lord Young toured media studios claiming that he will end the so-called compensation culture and introduce a “good Samaritan” law that will protect those that volunteer for public service from being tied up in health and safety bureaucracy. His report, long delayed but imminent, will further undermine health and safety protection for workers and members of the public. So, when Cameron claimed today that his government will “scrap those health and safety rules that put us off” he is marking out a good old fashioned de-regulation agenda.

The rationale for all of this is the tabloid consensus that schools, clubs, businesses and in fact all of us are over-regulated, over-burdened and completely tied up in red tape – health and safety, in short, has ‘gone mad’. But this simple and increasingly powerful claim – a combination of anecdotes, half-truths and downright myths – conflates a series of quite distinct issues.

It is indeed the case that there are more bureaucratic rules controlling local authorities, and that this has paralysed a lot of mundane activities through the application of petty rules. But this is quite distinct from the claim that ‘health and safety has gone mad.’ There is big contradiction that runs through the hyperbole that Mr Cameron has so readily exploited.

For, ironically, those who create the most risks in our society – and those that have the most power to do something about those risks – have actually been subjected to far less regulatory scrutiny in recent years. Businesses are relatively free, and becoming freer, from any oversight by the government safety regulator, the Health and Safety Executive (HSE).

The HSE is currently only able to investigate a fraction of deaths caused by work that, according to TUC estimates, kills more than 20,000 per year. Many times more people are killed each year in the UK by businesses than in headline-grabbing murders. And evidence from the HSE’s own research indicates that a large majority of those deaths would be avoided had businesses complied with the law.  Businesses kill and get away with it. Few (often less than a hundred) end up in the courts – and the outcome is generally a paltry fine.

What Mr Cameron didn’t mention in his speech is that a pretty good hatchet job has already been done on the HSE… by New Labour. A succession of deregulation initiatives and Bills have emasculated the UK safety regulator and refocused its law enforcement strategy to the point that a business can now expect to be visited, on average, once every 38 years. The impact on the HSE of three Labour governments has been dramatic. HSE now investigates a paltry third of safety offences it did 10 years ago. Prosecution of offences has fallen by 48 per cent in the same decade.

This is hardly a picture of health and safety gone mad, nor of bureaucracy holding back business, the economy, or us as potential volunteers in the big society. Regulation was put in place for a reason. The real crisis in health and safety is not to be found in petty safety rules, but in the failure to hold those who kill, injure and ruin lives through illness to account. The flip side of Cameron’s appeal today is dangerous indeed.