Labour must define itself by defending a core level of service quality - putting back the National back into the NHS, and a new National Care Service as well. 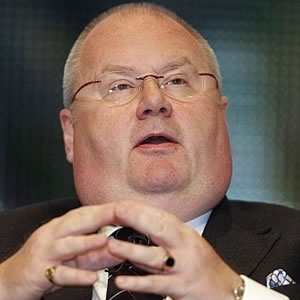 Refusing to set or support minimum standards for health and social care is now confirmed as integral to the Coalition’s ‘big society’ vision. Despite ministers’ rhetoric on promoting service outcomes, and against the biggest post war cuts in public services, the Coalition is walking away from any role in or accountability for maintaining core standards.

In the summer, the Coalition scrapped the national Comprehensive Area Assessment (CAA) system to enhance improvement across local government and other public services. Communities secretary Eric Pickles took delight, on abolishing the CAA, in describing the “Whitehall reaction” as civil servants asked him:

Q: “But what things do we want local authorities to be judged on? What’s the regime?”

Q: “So just to be clear Secretary of State, when you say nothing, what do you mean?”

Pickles: “Nothing. I mean nothing, absolutely nothing. It’s pointless. It doesn’t do anything.”

The Coalition is now consulting on its plans to develop a set of outcomes for the NHS, followed next month by social care, and then public health. At first glance, these outcome frameworks sound promising, appearing to build on Labour’s progress in using targets and incentives towards quality improvements in stroke, cancer and high volume surgery like hip fractures.

These are significant numerically as well as life threatening: there are 120,000 strokes and 70,000 hip fractures annually.

The Coalition‘s consultation document only refers to measuring progress against outcomes to “provide the public with meaningful information about which to base their choices about their healthcare”, making the NHS more accountable to patients and freeing it from “top-down control”. Health secretary Andrew Lansley says:

“Putting the information out there is a catalyst. It drives comparison and performance.”

Yet publishing outcomes data is meaningless without quantifying expected improvements and a clear reward system, as doctors who have run national clinical audits will testify.

David Cameron presents himself as on the professionals’ side, against:

“… big government, with their endless targets and reorganisations… We’ll say to the doctors: those targets you hate, they’re gone.”

Yet doctors are getting concerned about where standards will feature. The BMA’s recent response to the NHS White Paper states:

“… we would not support the wholesale replacement of process targets and indicators with clinical and patient reported outcomes measures. There is clear evidence that the use of process measures is an effective management tool for judging and rewarding quality.”

Meanwhile the big society vision is for a smaller state and a local open market to run what is left. Coalition big society lead minister, Greg Clark, explains:

“The more we get away from the idea of a single source of help, delivered by a unitary state, ruling over a monolithic public sector, the closer we will get to a big society.”

The Coalition’s blue-print then, is clear: national standards and universal entitlement to good quality local services are now optional, down to local discretion. They become the exclusive responsibility of local agencies and a patchwork of providers, subject only to local accountability. Nowhere does the Government feature.

A key question is whether localism and the big society vision are sustainable politically, both to voters and to the Liberal Democrat part of the Coalition. Can you combine financial slash and burn whilst delegating accountability – during the whole of a spending review cycle?

For Labour the opportunity is clear: to define itself by defending a core level of service quality. This means putting back the National back into the NHS, and maybe into a new National Care Service as well. It also means building a vision that combines equality of outcome and responsive services, whilst exposing how the Coalition’s big society will weaken communities.