Previously when a cancer drug was put to NICE for appraisal there was a strong incentive for the drug company to offer a decent NHS-wide price that might be accepted as value for money. Indeed NHS drug prices are generally very competitive. 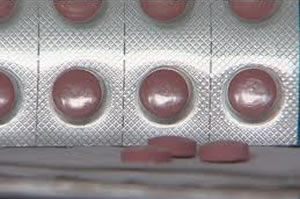 Stephen Henderson is a bioinformatics researcher at the UCL Cancer Institute

Today the coalition’s £200m Cancer Drug Fund (CDF) is back in the news as more detailed proposals are released. I have written previously about how the CDF will undermine incentives for pharmaceutical companies to control pricing, will lead to a postcode lottery and undermine National Institute for Health and Clinical Excellence (NICE) and evidence based medicine. Each of these problems is addressed in todays consultation.

Previously when a cancer drug was put to NICE for appraisal there was a strong incentive for the drug company to offer a decent NHS-wide price that might be accepted as value for money. Indeed NHS drug prices are generally very competitive.

In the absence of this incentive the new suggestion is that regional groups set up special arrangements with drug companies:

As part of the NICE technology appraisal process, Patient Access Schemes can be put forward by a manufacturer to increase the value offered by specific drugs, but there is no scope for national price negotiation.

The Cancer Drug Fund will operate within the framework of the existing PPRS, but a regional approach could open up greater flexibilities than may be available at national level for the NHS to reach agreements with manufacturers for supply of individual drugs which enhance patient access and reflect value.

This is bizzare. Firstly I have written before about the failure and disillusion surrounding Patient Access Schemes. They are great for pharmaceutical companies but a nightmare for the NHS to administer.

Secondly it is not two weeks since Philip Green famously announced in his review of government purchasing:

“The Government is failing to leverage both its credit rating and its scale!”

And yet here against all economic logic it is suggested that a small regional body will get a better deal for a commodity product than the NHS as a whole. In addressing the problem of postcode prescription the consultation suggests:

We believe that regional variations could be minimised by encouraging regional bodies to work collaboratively in assessing individual drugs, pooling expertise and avoiding unnecessary duplication of effort. For example, we could encourage individual regional panels to take the lead in evidence assessment for specific cancers.

In other words decisions will only in name be made locally but in actual fact will be made by nationally agreed guidelines. In essence they will replicate the principle of NICE having national standards – but call it local. Indeed NICE itself will remain and the guidelines will almost certainly follow their work. Really the local panels are just mini quangos composed of doctors diverted from their clinical work to rubber-stamp national guidelines – and oncologists are not cheap.

The major question that arises then is if we want to spend more on cancer drugs, couldn’t we just instruct NICE to alter its formula to reflect extra funds for this priority? This would maintain incentives to control price, would be fair and consistent, and would minimise needless bureaucracy.

8 Responses to “The coalition’s cancer muddle”