The summit on Millennium Development Goals was wowed by President Obama, but the progress on achieving the MDGs is way off track, writes David Taylor. 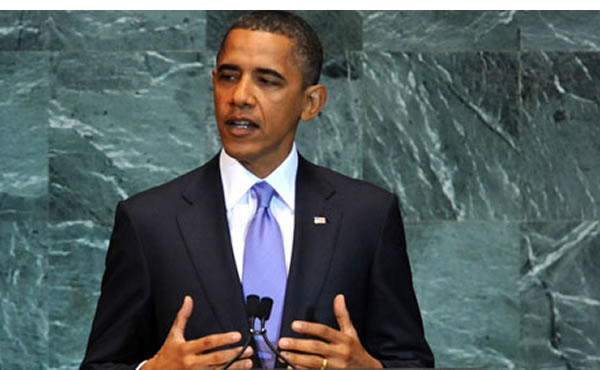 It is difficult to get excited about a United Nations summit on the Millennium Development Goals. Difficult when we know, before a single delegate set foot off the plane in New York, that the goals are massively off-track. Difficult when we know that, aside from the UK, the G8 is not meeting its commitments, and indeed dropped them altogether earlier this year.

Difficult when the only goal likely to be met – Goal 1 to halve extreme poverty – will be met on the back of China’s own development, not because of any help from, and often despite, the West. And difficult when the new promises look like old money repackaged, with the health strategy announced by UN Secretary General Ban Ki Moon is – according to Oxfam – only 23 per cent of what is needed to reach the three goals on health, women and children by 2015.

That said, there were undoubtedly positives to take from the summit. The calls by President Sarkozy of France and Spanish prime minister Jose Luis Rodriguez Zapatero for a tax on the financial sector to raise money for development were a ray of hope to Robin Hood Tax campaigners, who called on Germany and the UK to also back it.

Then there was President Obama’s barnstorming speech outlining the US’s new Global Development Strategy with a focus on sustainable economic growth, good governance, and mutual accountability on the part of wealthy and developing nations alike. After so much criticism of the US – the ‘Washington Consensus’ of neo-liberal ecnomics being forced on developing countries – this change in course by the US is truly welcome.

You can read the new strategy in full here, and for fans of Obama’s mastery of the spoken word it’s well worth a watch. Here are some of the best excerpts:

“Put simply, the United States is changing the way we do business… For too long, we’ve measured our efforts by the dollars we spent and the food and medicines we delivered. But aid alone is not development… Instead of just managing poverty, we have to offer nations and peoples a path out of poverty.

“So we will seek partners who want to build their own capacity to provide for their people… Because the days when your development was dictated in foreign capitals must come to an end.”

He also highlighted the US’s new oil and mining transparency law – requiring all extractive industries registered in the US to reveal all the payments they make to governments around the world – and urged the G20 to “put corruption on its agenda and make it harder for corrupt officials to steal from their people and stifle their development”.

Gordon Brown was also in attendance in his new role as co-convener of the Global Campaign for Education, to “press, inspire and push” world leaders to take action, as he has done at so many summits in the past. The former prime minister told the BBC of his “anger” at the failure of rich nations to honour pledges to combat global poverty, and ensure every child has access to primary education.

He also told the Financial Times:

“As well as boosting jobs and gross domestic product, the evidence is clear that education combats malnutrition, maternal and infant mortality and HIV/Aids.”

In addition, Mr Brown attended the UN’s Broadband Commission, as part of the work he is developing with the founder of the world wide web, Tim Berners-Lee, to explore how broadband internet can transform development in Africa. The Commission is comprised of leaders such as Rwanda’s President Paul Kagme, leading businessmen such as Carlos Slim Helu, Mo Ibrahim (who is behind much of the roll out of mobile phones in Africa) and Richard Branson, economists including Jeffrey Sachs and experts in IT.

The commission released a report outlining the potential for broadband for development and to meet the MDGs, from its ability to generate jobs and drive economic growth, to pro-poor benefits such as helping farmers access market information and thus get a better price for their crop, to educational and health advantages as well. The Guardian criticism of the Commission – “when so many essential things are lacking” – misses the point; as Mr Brown outlined in his speech to the African Union in Uganda, support for broadband should be part of a new strategy for pro-growth, pro-infrastructure aid that is additional to aid to provide essential services.

Sarah Brown was also here on behalf of her White Ribbon Alliance organisation campaigning for maternal health. In addition to her advocacy at the summit, Mrs Brown also co-hosted a ‘Women: Inspiration and Enterprise’ symposium with Arianna Huffington and Donna Karan, where women from film, fashion, business and philanthropy will meet young women from the US, Africa and Asia to raise money and awareness for the campaign.

“Women are at the heart of every family, every nation. It is mostly mothers who make sure children are loved, fed, vaccinated, educated. You just can’t build healthy, peaceful, prosperous societies without making life better for girls and women.”

The leadership of Team Brown of this, and at summits past, contrasts sharply with deputy prime minister Nick Clegg, who only attended for one day. We have previously reported our concerns that the Coalition would arrive lacking ambition, and sadly this proved to be the case. Of course, the coalition’s pledge to tackle malaria is welcome, but it is nothing new. It appears to be merely a re-announcement of longstanding Conservative policy announced three-years ago in a speech by George Osbourne in Uganda (read it here on the Conservative Party’s own website).

There were also question marks over where the money to pay for it would come from. As shadow international development Douglas Alexander told Left Foot Forward:

“[Clegg is] yet to explain how this input pledge of £500 million a year will not result in a diversion of funds from the fight against other diseases like HIV/AIDS, or from helping to make healthcare free for the poorest people in countries like Sierra Leone.”