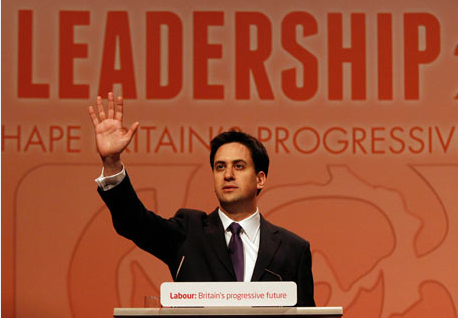 Congratulations to Ed Miliband. As Left Foot Forward predicted, the younger Miliband brother won 51% to 49% in a “neck and neck” race.

In a result which reinforces the need for party unity, David Miliband won the MPs and MEPs section of the party by 53% to 47% and the members section by 54% to 46% but lost the affiliates section by 60% to 40% handing the result to his brother by the narrowest of margins.

Also as predicted by Left Foot Forward, Ed Balls came third with his supporters splitting 3:2 to Ed Miliband – enough to hand him victory from second place in all the previous rounds.

There are now three key aims for the new party leader.

The close nature of the race means that although Ed Miliband has won, he did so in the narrowest of possible circumstances. He has, as his primary task, to unite the party and reach out to the supporters and staff of his brother.

It was always a caricature to describe Ed Miliband as being ‘Red Ed’ or in the pocket of the unions. But he must now work hard to show that he recognises the strongest of his brother’s arguments: the need for economic credibility, taking the Big Society seriously, and retaining a focus on issues like crime and law and order.

The Shadow Cabinet elections will conclude on October 7th with the Spending Review on October 20th. Those 13 days will be critical for the next five years. Labour’s top team must present their own spending review settlement. This should clearly set the preferred speed of deficit reduction, ratio of spending cuts to tax rises, and how those will be made up. Only by having a clear position can the party oppose the Coalition’s own cuts.

As Left Foot Forward has shown, by sticking to Alistair Darling’s timetable but switching to a 50:50 ration with no protection for the Health budget, departmental cuts can be reduced to 8 per cent – in stark contrast to the Coalition’s 25 to 40 per cuts.

As Ed Balls has shown, the arguments for a different deficit reduction plan are clear but the Labour party must have credibility to make them.

Ed Miliband’s narrow victory shows that the Labour party has chosen to move on from the New Labour years. Ed is well placed to diverge from the worst excesses of Labour’s time in Government by winning back the voters who the party lost over Iraq and civil liberties (so long as he stops calling for the Lib Dem’s “extinction”!). Campaigning for a ‘Yes’ vote in the AV election will be a clear way of showing that the party is on the side of progressive change and can work with Lib Dems where there is a principled reason to do so.

But he must also move on from the statist policies and unimaginative narrative which cost Labour the last election. In this regard he should heed the advice of his brother and Andy Burnham and once again reach out to aspirational voters with a message of opportunity. Special focus should be placed on southern constituencies where David Miliband was right to point out that Labour had only won 12 seats. Focusing on what John Healey terms the “squeezed middle” will be key to this.

While New Labour is now a relic of the past, the strategy used to win the party three successive elections should never be forgotten.