The fifth in our series of Political Innovation essays - on getting the public to provide government information, by Lauren Currie. 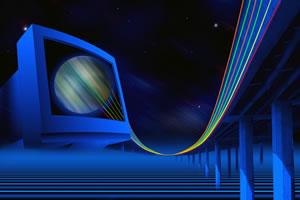 For too long, policymaking has been monopolised by civil servants, self-serving pressure groups and sensationalist journalists. We get a vote once every four or five years and we’re expected to be satisfied with that. Public services are too important to get lost in headline issues, and too big to leave to those who have the time and energy to write letters or sit on committees. The best communication happens when it’s easy to do, and when it’s a conversation, not just a complaint.

For this reason, in 2009, a group of us created MyPolice. It was a collaborative project that came out of the Social Innovation Camp. It’s an online feedback tool that enables the public and police to have a conversation. It facilitates three things:

• It’s a neutral space where people can find out more about who their local police are, and what they do;

• It allows people to send feedback about their experiences with the police, good or bad, which then gets delivered to the right force;

• It collects empathic data based on real customer experience and feeds it back to the police, which creates a deeper understanding of what the public wants, bringing police and public closer together.

We help communities identify weaknesses and opportunities in police services. In providing analysis and data for the police to act on, it challenges and helps make policy decisions, ensuring that service users have an active part in changing the police for the better.

People can give their opinion at a time when they feel strongly about an encounter with the police or feel that the service offered by the police could be improved. It’s the place where people can see how their thoughts translate directly into action.

We have a funding model that is politically acceptable to both left and right (Labour as one of the most innovative social enterprises in Britain, and the Conservatives who say it is ‘potentially transformative’). We charge a small annual fee to every force that takes part and provide the software and methodology that makes it work for them. The cost is far outweighed by the benefits in terms of efficiency and quality. The people for whom the police exist get a better and more inclusive service.

The idea of a ‘candid friend’ – neither a hectoring simplifying journalist/pressure group, nor spinning apologist for an unresponsive service – isn’t entirely new. The excellent Patient Opinion project achieves exactly the same ends in a way that is tailored to the services provided by the NHS.

This brings me to the political innovation that I would like to propose: Let’s set a target whereby significant sections of the public sector aim to replace all self-produced information about themselves with content that is generated by the users. This can’t simply be a crude ‘have your say’ exercise – but I think that MyPolice and Patient Opinion both show that it’s possible to get good fair descriptions of public services authored by all of us.

That’s better than just a one-size-fits-all ‘X’ in a ballot box every five years, isn’t it?

We’d be very interested to hear any ideas that you have for an essay of your own – we’ll need an email and we’ll want to discuss it with you before it goes on the site. All contributions will be archived on www.politicalinnovation.org – along with details of what we’re looking for from essayists and a bunch of FAQs and a guide to how we hope the whole thing will play out.

I hope you’ll get involved in this as a commenter, participant or maybe even as an essayist. Make sure you don’t miss anything by the blog joining our Google Group, subscribing to RSS feed, getting each post emailed to you and, of course, following us on Twitter – @PICamp – and Facebook.

One Response to “PI no. 5: Government information? Get the public to provide it!”