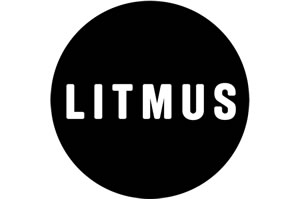 This is a joint posting by Left Foot Forward, ConservativeHome and Liberal Democrat Voice

It may not have been the Internet election that many had predicted but websites and social networks played a greater role than in any previous election. The blogosphere, in particular, grew up. A medium which had sometimes been criticised for its trivialisation of politics became the place for incisive commentary, rapid fact checking, and serious debates on the future direction of Britain.

In Litmus, we look at some of those big issues; the economy, immigration, climate change, social justice, electoral reform and technology:

• With deficit reduction essential but myriad concerns about a ‘double dip’ recession, Labour MP Chuka Umunna, Lib Dem blogger David Boyle, and Policy Exchange’s Chief Economist Andrew Lilico ask what role can the tax system can play in getting us out of this mess;

• With a national debate raging over the fairness of the Coalition’s Budget, Conservative MP Therese Coffey, Equality Minister Lynne Featherstone, and Labour MP Kate Green ask whether the Big Society can defeat poverty;

• A referendum on the Alternative Vote is due in September amid widespread Conservative opposition and concern from Labour over boundary reforms. Lib Dem Voice editor Mark Pack, Left Foot Forward’s Will Straw, and blogging peer Lord Norton examine whether electoral and Lords reform change anything; and finally

We want you to join the debate, here at Left Foot Forward, and on ConservativeHome and Liberal Deomcrat Voice. Please send us your personal views on any of the questions, or post comments below. We’ll include the best in the paper itself. The deadline for reader comments to be included is close of play tomorrow.

Litmus will be available free to download from next week; more details to come.