None of these donations are illegal, but questions will be raised over why people with such vested interests are handing over huge sums of money, and in the having seen Conservative MEPs vote against a clamp down on tax dodgers and Mr Osborne's fight to block European regulation of hedge funds, one must ask: cui bono? 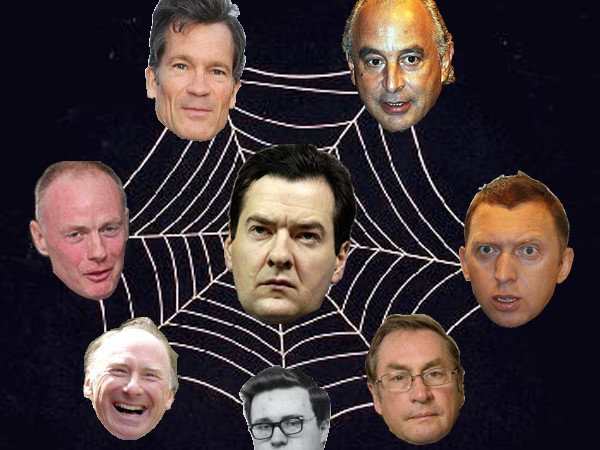 In an apparent effort to save resources at the Treasury, Chancellor George Osborne has announced that the pre-Budget report may be scrapped, according to this morning’s Financial Times. City bosses today ‘applauded’ the move, with one economist calling it just “a mini-Budget exercise” and another saying “it’s no great loss”.

Economic forecasts have to be updated every six months – a power now handed over to the Office for Budget Responsibility. The loss of the PBR – which was introduced by Gordon Brown in 1997 – comes as the second blow to regulation of the finance sector. The Financial Services Authority too is to go: it will be disbanded over the foll0wing two years and will be replaced by the new ‘Financial Policy Committee’ and ‘Prudential Regulation Authority’. These overarching and overseeing agencies are to be headed by Mervyn King, the Governor of the Bank of England.

Earlier this year, Mr Osborne failed to block a European crackdown on risky City activity. He managed to reach a concession on hedge funds, however: Britain was the only country that was pushing from a ‘passport’ for hedge funds – meaning they could be traded with outside of the European Union. One diplomat from a ‘large member state’ said in March that:

“The United Kingdom is isolated on this issue. When you are alone, at one point or another you have to recognise it.”

Conservative MEP, Daniel Hannan, believes that the ‘Alternative Investment Fund Managers Directive‘ is an attack on all forms of private equity, whilst his colleague,Vicky Ford, told the BBC that:

Hedge fund managers and prominent donors to the Conservative party have also been at loggerheads with the FSA, among them Jon Wood, who donated £500,000 to the Party and is undertaking legal action against the FSA, according to the Daily Mail.

A Party spokesperson told the newspaper:

“There is absolutely no suggestion of wrongdoing.”

Another hedge fund tycoon, Stanley Fink, was made co-treasurer of the Conservative Party having raised and donated considerable amounts of money for the party.

Earlier this year, Left Foot Forward reported that Conservative Members of the European Parliament (MEPs) had voted against acting on the Domenici report on ‘Promoting Good Governance in Tax Matters 2009/2174(INI)’.  Earlier this summer, Sir Philip Green was appointed as an ‘efficiency tsar’ by the Chancellor to help find savings. As Left Foot Forward’s Will Straw has pointed out, Sir Philip saved himself £300 million by partly moving to Monaco.

Tax-exile Lord Laidlaw donated £100,000 to the party since announcing a ‘leave of absence’ whilst changing his tax status from nom-dom to British taxpayer. Before his change of heart, he had already donated an amount thought to be in the region of £4 million since 2005. As Left Foot Forward reported last month, David Rowland, former Tory treasurer also reportedly returned to the UK to donate £2.7 million during the election campaign.

And then there is Lord Ashcroft, who has reportedly donated £5.1 million to the party whilst registered in Belize. Earlier this year he revealed his nom-dom status. A donation of £50,000 from outside of the UK was also under investigation in 2008 following allegations Mr Osborne and the now co-chairman of the Conservative Party met Russian oligarch Oleg Deripaska on his yacht in Corfu.

Each of these cases shows the potential of big money to exert influence on senior figures in the Conservative Party. None of these donations are illegal, but questions will be raised over why people with such vested interests are handing over huge sums of money, and in the having seen Conservative MEPs vote against a clamp down on tax dodgers and Mr Osborne’s fight to block European regulation of hedge funds, one must ask: cui bono?