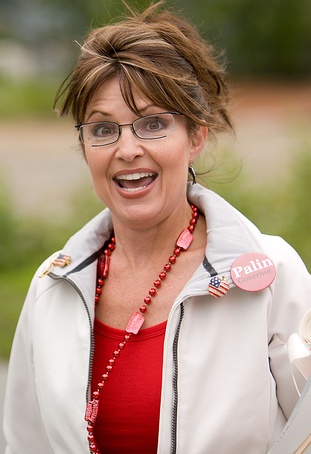 Tory backbencher Nadine ‘Mad Nad’ Dorries thinks Sarah Palin is “amazing” and “totally” admires her. Dorries’s comments are revealed in the latest edition of the New Statesman in a feature on the rise of right-wing “mama grizzlies”, the army of conservative women whose influence is spreading in Republican circles.

More worryingly, Dorries says she is ‘inspired’ by the march of Tea Party candidates like Christine O’Donnell – whose views on homosexuality, abortion, and President Obama make Palin look like a moderate. The Guardian reports:

… the Republican party establishment, which opposed her in the first place… appears to be squirming over the quotes being unearthed from interviews over the past decade about gay people, sexual morality and other issues. The Washington Post published an interview she gave in 2006 in which she is quoted as saying homosexuals suffer from an “identity disorder”…

The Washington Post website has published an interview she gave in 2006 to a Delaware paper, the Wilmington News Journal, in which she is quoted as saying: “People are created in God’s image. Homosexuality is an identity adopted through societal factors. It’s an identity disorder.”

The quote comes in spite of her sister, Jean, being openly gay and supportive of her campaign. O’Donnell tried to a laugh off another quote, in 1999, in which she said: “I dabbled into witchcraft. I never joined a coven. I hung around people who were doing these things.”

“‘Refudiate,’ ‘misunderestimate,’ ‘wee-wee’d up.’ English is a living language. Shakespeare liked to coin new words too. Got to celebrate it!'”

The former US vice-presidential candidate is also praised in the article by Tory MP for Corby Loiuse Bagshawe, who says:

“I watched her acceptance speech at the Republican party conference and it seemed to me that it was a glorious moment, a birth of a new political star.”