Wars, like all violence, tend to pull us towards absolutes. We either win, as in the Second World War, or lose, as in Vietnam or with the Soviet invasion of Afghanistan. The former soldier in me is easily ‘pulled’ into seeing the conflict in Afghanistan as a matter of absolutes, of simple 'Cause, Effect and Solution’. But the analyst in me sees things differently. 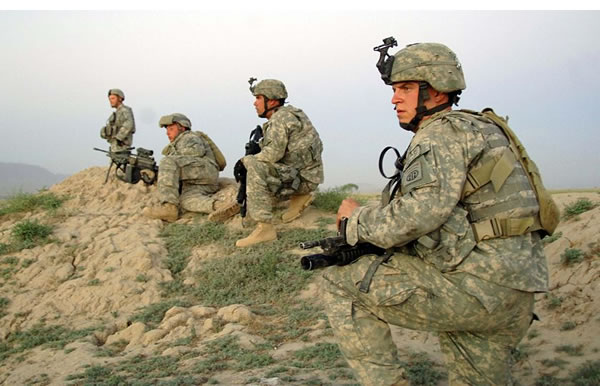 Patrick Bury is a former Captain in the Royal Irish Regiment who has served in Sangin, Afghanistan; a memoir of his experiences, ‘Callsign Hades’, described as “a scintillating masterpiece, the first great book of the Afghan war”, is out now

Wars, like all violence, tend to pull us towards absolutes. We either win, as in the Second World War, or lose, as in Vietnam or with the Soviet invasion of Afghanistan. The former soldier in me is easily ‘pulled’ into seeing the conflict in Afghanistan as a matter of absolutes, of simple ‘Cause, Effect and Solution’. But the analyst in me sees things differently.

That the West cannot win militarily in Afghanistan is now widely accepted. That it cannot lose is less so. Con Coughlin is right to say there is too much at stake in Afghanistan for the West just to cut and run. Such a defeat for NATO would not be good for the future geopolitical position of the West, Pakistan’s control of its nuclear weapons or the Afghan people. But he is wrong to suggest that the only other option is therefore ‘to wait until the reconstruction effort is completed’ in the forlorn hope the Counter Insurgency (COIN) strategy actually succeeds.

Although the West’s view of Afghanistan is understandably influenced by historical discourse, we need to break away from the absolutes of victory or defeat when thinking of Afghanistan’s future. The West will never create a stable Afghan democracy that enjoys a legitimate monopoly of violence due to the well documented nature of Afghan society. The near collapse of the Kabul Bank this week highlights the sheer fallacy of this task.

As does the fact that war is now costing NATO $140 billion a year to keep 140,000 troops in Afghanistan. Meanwhile, a Talib force of about 35,000 still maintains a large degree of tactical and operational manoeuvrability in many areas of the country, at an estimated cost of only $60 million a year. Such figures belie the truth that COIN in Afghanistan is going to take too long and prove too costly. In reality it is simply unsustainable.

This has also been acknowledged in a new study published by the International Institute for Strategic Studies (IISS) in London, which has called for a review of the West’s strategy in Afghanistan.

So what is sustainable in Afghanistan? What do we need to achieve there? Given the fact that the UN mandated operation that began in November 2001 had defeated Al Qaeda in Afghanistan by early 2002, airpower, drones and special forces can continue to be used to keep pressure on them into the future in areas NATO ground forces cannot penetrate.

What are really needed in Afghanistan are realistic policy goals and a military strategy to complement them; this should be a strategy that contains and deters the Al Qaeda threat. Instead of massive numbers of ground forces out of proportion to the threat the Taliban pose, NATO should adopt a long and light military, economic and diplomatic commitment. This would set the West’s interests in Afghanistan in the context of other domestic and foreign policy imperatives and acknowledge fiscal constraints.

Such a policy would ensure we are not pulled into a black or white scenario; that there would be no doomsday for the West. Rather, it would involve propping the Kabul government in areas where its writ actually runs and where it enjoys the popular support of the people.

It would also involve negotiating with the Taliban, a prospect that will ultimately abandon women to their fate in the areas that would be ceded to their control, often the very areas NATO troops have fought the hardest for.

As the former US Ambassador to India, Robert Blackwill, will outline next week, de facto partition of Afghanistan is now the best course open to the West. And this will have to go hand in hand with con-federal power arrangements in the provinces.

And a lighter, less visible NATO presence that concentrates in areas where they have popular support and on developing a federalised Afghan Security Force capability is a more realistic option.

The sooner we accept this and adjust our strategy in Afghanistan to target our real enemy – extremist jihadism – the West can set a course that may prevent civil war in Afghanistan and its own geo-political decline.

In supporting a Kabul government so that it won’t fall to the Taliban, and in encouraging practical provincial sovereignty, we are not winning or losing. We are doing what is sustainable, given the context of the threat we face, and Afghan society.

Indeed, this is not a very palatable outcome, especially given the ‘mission creep’ aspirations the West has used to dress its involvement in Afghanistan.

But it is the most realistic.

7 Responses to “Defeatism or realism in Afghanistan?”