The most exciting election of the season closed on Wednesday. The votes are counted, and the results can now be announced... 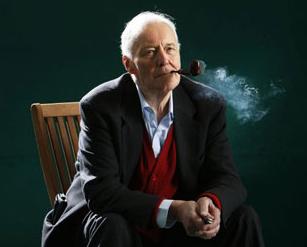 The most exciting election of the season closed on Wednesday. The votes are counted, and the results can now be announced.

Having curated a list of our readers’ suggestions for most influential left-wing thinker of 2010, the online ballot opened on 9th September.

Over 1,300 people took part in the poll, and there was a clear winner. More than 40 per cent of Left Foot Forward readers gave one of their five votes to Labour’s left-wing talisman and diarist supreme, Tony Benn.

According to the Left Foot Forward readers’ poll, the five most influential left-wingers of 2010 are as follows:

The rest of the Top 25, in order of the number of votes are:

“It’s clear from our poll that the left’s netroots favour Bennite candidates! Despite having retired from Parliament nine years ago, Tony Benn’s ideas and passion for politics still inspires every new generation of left-wingers.

“Both Miliband brothers (5th and 10th place) should be pleased with their standing in the top 10 but special merit goes to Green party leader Caroline Lucas (3rd) for topping the list of MPs – an indication of Left Foot Forward’s pluralistic readership. Congratulations also to Ken Livingstone (2nd) who is the best placed acting politician coming in second place.

“And three cheers to the New Statesman who contributed three of the Top 25 – John Pilger (7th), David Blanchflower (14th), and Mehdi Hasan. Pilger (7th) is the highest placed journalist while Noam Chomsky (4th) is the top academic.”

We would like to thank everybody who gave their time to voting in the Left Foot Forward poll. Tony Benn will receive his prize at the Labour Party conference.