﻿The world has moved into a period where there will be a persistent shortfall of demand in the economies of the West compared with what is necessary for full employment. 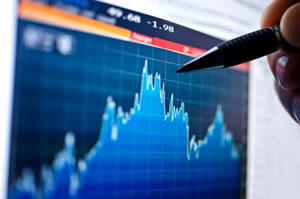 Our guest writer is Gerald Holtham; he is the managing partner of Cadwyn Capital LLP and a visiting professor at Cardiff Business School, where he is co-director of the Investment Management Research Unit (IMRU)

﻿The world has moved into a period where there will be a persistent shortfall of demand in the economies of the West compared with what is necessary for full employment. That is owing to globalisation and the entry of much good, literate labour into the world economy. The latter has depressed the share of wages in output and led to a rising profit share.

At first that led to an investment boom but the result was overcapacity and a recession after the dotcom bubble burst. Easy money encouraged households to borrow and inflated house prices in many countries. Borrowing against rising real estate values then kept the world economy growing for more years until that bubble burst and insolvencies spread.

The government stepped in and in effect took over much debt and did the new borrowing required to keep economies growing. Now though, people are worried about government debt and many governments are cutting back. There is a widespread realisation that this will lead at best to a period of slow growth and persistent unemployment.

Both Keynes and Minsky thought that such a situation was resolvable only by the “socialization of investment” whereby the government ensured there was adequately high and rising investment to ensure full employment. Such views have been unfashionable for decades and became more so after the collapse of the Soviet Union in 1990 revealed the extent of the failure of central planning.

There is, however, a middle way, at least in the UK.  Public debt is less of a problem if there is a counterpart growth of assets yielding a return. The current deficit largely finances consumption. Yet the UK faces a potential energy crisis and has a decrepit infrastructure and should reduce carbon emissions. The investment in tidal and nuclear energy and the creation of electrified high-speed rail links and better roads would cost hundreds of billions.

There is no better time to undertake such investments than when the economy is faced with persistent under-utilization of resources. The government should catalyse and finance such investment. Most of it will result in marketed output and the government must ensure much of the return flows to the public purse to defray debt servicing costs.

One way would be to create a parastatal body with full government guarantee of its debt. It would  borrow to invest in infrastructure projects via preference shares in a series of joint ventures. A series of “little Neddies” might be required to develop broad sectoral plans for transport and energy. This will strike many as a return to post-war corporatism.

However, we have learned much since then about the need to minimise bureaucracy and to ensure all the organisations involved in such activities face appropriate incentives. In energy, for example, there should be support for a portfolio of strategies.

This approach is complementary to the effort to cut down the deficit of general government, which can be serviced only out of future taxes.  Reducing that deficit will preserve confidence in the sustainability of public finances. A concomitant expansion of parastatal borrowing will help sustain aggregate demand and the expectation is that it will be serviced out of the returns to the investment.  For that to be plausible the facilities created must be marketed.

So if roads or bridges are built, for example, they must be toll roads or bridges. The closing of one deficit makes sense but only if there is a plan to open another, sustainable one. Companies, households, the government and foreigners cannot all be in surplus at once – unless a state-corporate hybrid is created to run the necessary deficit.

This policy is likely to lead to a larger external trade deficit than would otherwise be the case with an unpredictable effect on the exchange rate. The government should monitor procurement and go to the utter limit of what is legally and diplomatically permissible in seeing that project labour and products are sourced domestically.

Policy-makers and economists shaped in an era of full employment and incipient inflation may find this proposal both archaic and outlandish. Economics, however, has few if any eternal verities; doctrines and models appropriate for one state of the world become a menace when clung to and applied at the wrong time. Economic circumstances and the global economy are protean and policy should adapt.

11 Responses to “A middle way for economic recovery”