The Telegraph story about IPCC chief, Dr Rajendra Pachauri, is the latest to be completely debunked - having been quietly retracted by the newspaper. 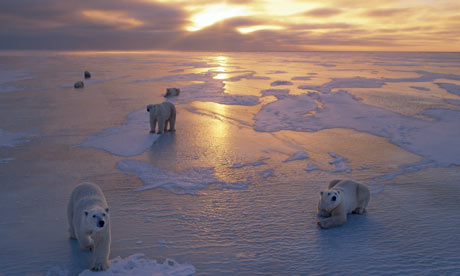 Towards the end of last year – around the same time as the Copenhagen Climate Conference – The Sunday Telegraph was just one media outlet publishing denial myths promoted by prominent right wing blogger, Richard North. But their story about IPCC chief, Dr Rajendra Pachauri, is the latest to be completely debunked – having been quietly retracted by the newspaper.

The article was published in December with the headline: ‘Questions over business deals of UN climate change guru Dr Rajendra Pachauri’. Today The Guardian has detailed the lies told and the smears made; referring to the independent KPMG report, destroying claims made by the newspaper.

It was not until this week that The Sunday Telegraph retracted the article. They have since apologised for smearing an innocent man with libelous claims, but only after Pachauri instructed lawyers to sue the paper. Richard North, one of the authors of the lengthy Telegraph piece still boasts on his blog of the Telegraph’s ‘non-apology’ and reiterates his original smears.

North has released false information a number of times in regard to the IPCC. He was also the source of the since discredited ‘Amazongate’ story. In that episode, it was The Sunday Times that published false and flawed claims against the IPCC in a piece carrying a note at the bottom saying, ‘additional reporting by Richard North’. That story has been traced to North’s blog in a post on Climate Safety.

The ‘Amazongate’ scandal led to The Sunday Times being forced to retract their article, and also saw them investigated by the Press Complaints Commission (PCC) – thanks to courageous climate scientist Dr. Simon Lewis, of Leeds University, who refused to back down after he was misrepresented. Lewis, like Pachauri, wouldn’t accept anything less than an apology.

Separately to all of this, a German newspaper also retracted the non-scandal ‘Africagate’ – yet again peddled by Richard North.

The Sunday Telegraph apology this week is just the latest set back for the climate denial movement in recent weeks. In other blows:

• All official reports into ‘Climategate’ exonerated the scientists;

• The New Yorker published an exposé on the Koch oil barons bankrolling climate denial to the tune of billions;

• Reuters ran an article entitled, “Are Conservatives waking up to global warming?” – detailing the recent series of u-turns by Conservative media and commentators; and

• The New York Times asked: “Perhaps now we can put the manufactured controversy known as Climategate behind us and turn to the task of actually doing something about global warming.”