Today's papers were once again filled with stories of Lib Dem anger at Sir Philip Green's appointment as a government adviser, with The Times front page reporting demands from Lib Dem backbenchers that Nick Clegg - who is said to be privately "irritated" despite publically backing Sir Philip - instigate a review of his tax arrangements. 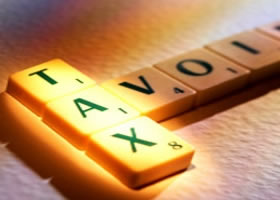 Today’s papers were once again filled with stories of Lib Dem anger at Sir Philip Green’s appointment as a government adviser, with The Times front page reporting demands from Lib Dem backbenchers that Nick Clegg – who is said to be privately “irritated” despite publically backing Sir Philip – instigate a review of his tax arrangements.

During the election campaign, the Lib Dems set out plans to raise £4.6 billion from “anti-avoidance measures”, while the deputy prime minister said that “those huge loopholes that only people right at the top, very wealthy people who can afford a football team of lawyers and accountants to get out of paying tax” should be closed; in November, he said the party’s tax plans would be “paid for by closing tax loopholes”.

It has been widely reported that Sir Philip’s primary means of avoiding tax, is by transferring control of the vast majority of his business empire to his Monaco-based wife, Tina. The arrangement is alleged to have saved the Green family £285 milllion in 2005 as she didn’t have to pay tax on the £1.2 billion dividend she received.

All perfectly legal, but what impact would that £285 million the government’s new efficiency adviser avoided paying have had in these straightened times? In 2009, annual gross median pay in the public sector was £22,405 – that’s 12,720 public sector workers employed for a year had he paid all his taxes.

In addition, according to the 2010 Budget red book, had the man now tasked with helping to cut public spending not been a tax avoider, the Government need not have had to do many of the following:

• Cutting the child tax credit supplement for children aged one and two (which is to be reversed from 2012-13): £180m

• Extending the conditionality for lone parent benefits for those with children aged five and above (from October 2011): £180m

• Reducing housing benefit awards to 90 per cent after 12 months for claimants of Jobseekers Allowance: £110m

As Left Foot Forward reported last week, the coalition are making great play of their plans to crack down on benefit cheats, yet are silent on the problem of tax cheats, with HM Revenue and Customs (HMRC) announcing they will no longer produce some of their key stats on enforcement – since May they stopped publishing information on “the number of prosecutions against taxpayers and the success rate of court actions pursued by HMRC”.

This despite Clegg’s pre-election bluster and the evidence that the UK tax gap is estimated at up to £120 billion, dwarfing the welfare gap. Failure by the Lib Dem leader to deliver on his anti-avoidance rhetoric and ease Green into the shadows could lead to a battle with his backbenchers, the New Statesman’s George Eaton reporting:

A number of Lib Dem backbenchers, several of whom voted against the VAT increase, have publicly criticised Green.

Andrew George sardonically remarked that Green would have been “more useful in terms of advising on tax avoidance .. than deciding on the future job prospects of, particularly, the poorest paid public servants”.

While Mike Hancock, the MP for Portsmouth South, said: “I’m all in favour of anyone who avoids tax to be tackled firmly and I’m surprised that Clegg would want to appoint someone like that to advise him.” Together with Roger Williams he has called for a review of Green’s tax arrangements.

Conservative Home, meanwhile, has more on the significance of the developments, Paul Goodman explaining:

Nick Clegg said yesterday that the Government’s examining an anti-avoidance tax rule.  It was this remark that gave journalists reason to ring up Liberal Democrat MPs to seek their views on Green.

The Deputy Prime Minister had an obvious reason to make it: his Party’s seen by many voters as a captive of the Conservatives, and has consequently plummeted in the polls – which, furthermore, are turning against AV, the Liberal Democrat’s main potential gain from coalition.

Clegg has to try to prove that Liberal Democrat ideas have leverage in government.