Today's labour market figures present some promising news, as well as a number of concerning signs about the future direction of the labour market recovery. 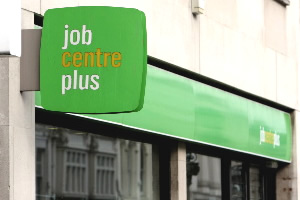 Today’s labour market figures present some promising news, as well as a number of concerning signs about the future direction of the labour market recovery. The data released today relates, in the main, to April-June 2010: it will be several more months before we start to see the impact of sharp public spending cuts on the jobs recovery.

Employment is up, with a significant rise of 184,000 on the quarter. But the monthly increase between April and May (43,000) was less than half of the March-April rise (108,000), suggesting that sustained strong employment growth is not yet fully established.

Part-time work again increased far more quickly than full time employment (a rise of 115,000 compared to 68,000). While there was a positive rise in full-time employee roles (24,000 on the month), this was slower than the previous monthly increase (64,000).

In addition, some groups are not yet seeing an employment recovery – older workers aged 50-64 saw their employment levels fall by 11,000 on the quarter. While young workers (18-24) saw a positive 47,000 quarterly employment level rise, the monthly change was less positive, showing a small employment fall of 1,000.

Unemployment has continued to fall, by 49,000 on the quarter, although the pace of change has slowed since March: between March-April and April- May the unemployment level fell by 6,000 and 12,000 respectively. Similarly, while claimant unemployment is still going down, the rate at which it is decreasing has slowed – between July and June the number of people claiming JSA only fell by 3,800, compared to falls of 15,900 between May and June and 31,100 between April and May.

The number of people who are facing long-term unemployment continues to rise. There are now 796,000 people who have been out of work and seeking employment for more than 12 months, of whom 184,000 are aged 18-24. And some regions remain far harder hit than others; in the north east the unemployment rate is 9.4 per cent – compared to the national average of 7.8 – while London has a rate of 9.3 per cent and experienced a 0.2 percentage point quarterly rise.

Despite the strong growth that Q2 seems likely to have provided, vacancies fell by 9,000 between June and July, and only rose 9,000 on the quarter (Feb-April to May-July). Vacancy levels remain 196,000 below the levels of January 2008, and recent months provide no signs of a significant recovery taking hold.

There are still five unemployed people per vacancy- double the number of jobseekers per job that we saw in early 2008. This is not surprising – even in the event of sustained economic growth, lower than expected job losses during the recession will mean that job creation levels are likely to be limited for some time, as employers utilise existing staff  capacity rather than recruiting new workers.

Concerningly, the Department for Work and Pensions has used today’s figures as an excuse to criticise benefit claimants, rather than announcing any new help to support them back to work. With close to 2.5 million people still unemployed, 2,339,000 economically inactive people who want to work and only 481,000 vacancies, it is deeply worrying that the Government is choosing to blame jobseekers for their predicament.

In addition, the DWP has chosen not to notice that the number of people claiming many out of work benefits has actually been falling  – a remarkable fact given the labour market pressures of recent years; as highlighted above, the claimant count has been falling, and between Nov 09 and Feb 10 – the most recent data that are available – the number of people claiming incapacity benefits fell by 3,600.

Those who are out of work need real support to move into jobs – not to mention a growth strategy that focuses on ensuring that jobs are being created. So far this Government is failing on both counts.

9 Responses to “Good news on employment, but concerning signs for the future”