George Osborne used his emergency Budget to cut public spending by an additional £32 billion by 2014-15. The growing list of cuts underway makes for painful reading. 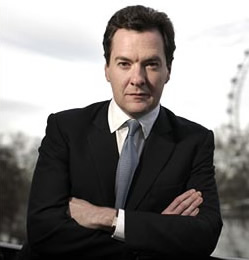 In his emergency Budget, George Osborne made two important choices: to bring down the deficit earlier and faster than Labour would have, and to use a higher proportion of cuts and a lower proportion of tax increases. In addition, he introduced some important spending increases (such as £3.7 billion to partly reverse the increase in employer NI Contributions and £3.9 billion to raise income tax personal allowances) that have to be paid for by bigger cuts than would otherwise be necessary.

Alistair Darling planned to cut spending by 2014-15 by £52 billion and to increase taxes by £21 billion; George Osborne’s budget added £32 billion to the cuts and £8 billion to the tax increases (net of cuts in NI, income, and corporation tax). As Tim Horton and Howard Reed have pointed out, the cuts have a disproportionate impact on low income families, even when offset by any gains from the increase in personal allowances.

The scale of the cuts made it obvious that anyone who wanted to make the case against them would have to keep up with a growing list of cuts announcements and that we would need a resource that kept a record of them. Try looking for the 1980s cuts on the Internet – there’s bits and pieces, but there isn’t a comprehensive list. That’s why the Trades Union Congress established Cuts Watch on our Touchstone blog – noting down the news of cuts as we learn about them.

There are three groups of cuts. First, there are the “savings” announced by the Treasury on 24 May, which cut this year’s spending by £6.2 billion. During the election the Conservatives promised that there would be “efficiency savings” this year rather than cuts. The measures on the list include real cuts, such as the abolition of the Future Jobs Fund, the Low Carbon Buildings Programme and the Child Trust Fund and the decision to abandon the loan for Forgemasters. On the same day, the new government began a review of spending commitments made by their predecessors, leading eventually to the cancellation of Building Schools for the Future. Since then there has been a steady trickle of these cuts, emerging from all Departments – most recently the cancellation of Domestic Violence Protection Orders that would have protected the families of violent men while they are going through the legal process necessary to get a longer-term Protection Order. Even people who see themselves as progressive supporters of the Coalition will have at least one item on that list that they believe should never have been touched.

The May “savings” also included £1.2 billion in funding for local authorities and ring fences being removed from another £1.7 billion. This has led to so many cuts around the country that we’ve only been able to report a fraction. One clear theme that is emerging is that the removal of ring-fencing is leaving youth services exposed and in the last week we have reported on cuts to Connexions and youth projects in Birmingham, Hampshire, Norfolk, Sheffield, Coventry, Northumberland and Slough. It seems likely that, by the end of the year, we will no longer have a careers service that covers the whole country

The second group of savings is made up of those cuts that were announced in the Budget. There was the two-year freeze in public sector pay and £11 billion in cuts to benefits and tax credits. Payments to families with babies were hit by cuts in Maternity Grants and Baby Tax Credits and the abolition of the Health in Pregnancy Grant and all children will lose out because of the 3-year freeze of Child Benefit. Cuts in tax credits worth £3.2 billion are dwarfed by what looks like a technical change: uprating benefits and public sector pensions in line with the Consumer Price Index instead of the Retail Price Index is expected to save the government £5.8 bn a year. The Budget announced that everyone who gets Disability Living Allowance is going to be re-assessed, with the expectation that the entitlement of one claimant in every five will be removed. Housing Benefit reforms will put a cap on the amount that can be claimed – regardless of what your rent may actually be – and will subject unemployed people to an arbitrary 10 per cent reduction in their HB once they have been unemployed for over a year.

Finally, there are the rumours of the cuts that are going to be announced in the Comprehensive Spending Review on 20 October. The Coalition’s supporters are working themselves into a lather about the possibility that Trident or the RAF’s Tornados may be scrapped or the army may lose three of its eight brigades – hence Simon Heffer’s proposal that the aid budget should be scrapped instead. Heffer is in a perpetual harrumph about the Cameron government, but the pre-emptive leaking of October cuts is bound to focus attention on the decision to exempt overseas aid from the cuts – the Tory right could mobilise around this issue. Other possibilities that may just be kite-flying but could be genuine leaks include means-testing Child Benefit and scrapping bus passes.

The totality of these cuts – which go far beyond anything envisaged by Alistair Darling – is to achieve a new British settlement with a smaller state and higher levels of inequality. The success of the Coalition will depend on whether they get away with claiming these were an inevitable consequence of the deficit or whether their is a backlash against the inevitable unfairness of this ideological approach.

19 Responses to “Cuts Watch: The consequences of Mr Osborne”