Conspiracy theories are often dismissed as the humorous, yet mainly harmless preserve of a lunatic ‘whacky’ fringe. Bizarre they can be, but they are no laughing matter. They are a serious, widespread and influential cultural habit, and in certain social contexts they can be harmful. 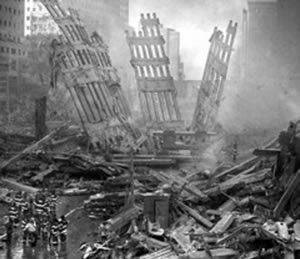 Our guest writer is Carl Miller, co-author, The Power of Unreason

Conspiracy theories are often dismissed as the humorous, yet mainly harmless preserve of a lunatic ‘whacky’ fringe. Bizarre they can be, but they are no laughing matter. They are a serious, widespread and influential cultural habit, and in certain social contexts they can be harmful.

In The Power of Unreason, a Demos report released on Sunday, we looked at the role of conspiracy theories in extremist groups, violent ideologies and radical doctrine. We analysed over 50 extremist groups from across the spectrum, and frequently found conspiracies at the heart of their propaganda and ideology.

Conspiracy theories seem to have an important functional value across a wide smorgasbord of extremism, intolerance and violence. They create demonologies – ‘the other’ – that the group defines itself against. They are used to discredit moderating and dissenting voices, and are an important rhetorical device in the legitimization of violence. Moreover, they harm trust in government in ways we don’t yet fully understand.

So, what to do? Obviously government is hamstrung: if it gets involved, it may inadvertently fan the flames of conspiracy theories even further. The best response is to open up, and make sure young people have the skills to tell truth from falsehood. Easier said than done, but some things can help.

First, government, and yes this especially includes the counter-terrorism community, needs to move a little more towards the light of the public domain. Conspiracy theories thrive in the dark. They fill the vacuum that a lack of credible, frank information leaves. Obviously there are limits to what can be published, but the culture of the security services must change.

Putting information into the public domain cannot be seen purely as a threat to security work that might nevertheless have other incidental merits: it actually has an important security function itself. More openness could be achieved through more availability of counter-terrorism trials’ transcripts, explicit, regular and apolitical intelligence announcements, and greater sharing of information at a local level

But more broadly conspiracy theories live on the net. Today, people are bombarded with ‘counter-knowledge’, false information packaged to look like fact. People do not have the critical skills to discriminate between credible truth claims and its many imposters. This needs to change. Much of the government’s Preventing Violent Extremism effort has been met with huge distrust, cynicism, and even open hostility.

The issue of conspiracy theories is an important one for progressives. In an important sense, conspiracy theories are a reaction to structural inequality. Even if the conspiracy the theory purports to uncover is not true, they arise from a felt sense of being controlled by elites. They are indeed very often ‘insurrectionary’ – a tool for pushing against an establishment of peer-reviewed journals, mainstream media, and government spokesmen. In a real sense they are empowering.

We all have a responsibility to speak out against intolerance and bigotry, and also to speak out and confront conspiracy theories when we encounter them. Especially given the difficulty of direct governmental intervention, this is a problem civil society must take by the horns.