Ed Balls has told the two Miliband brothers that they are "rerunning the debates of the past". He also spoke about his campaign mistakes but vowed "I always fight to win". 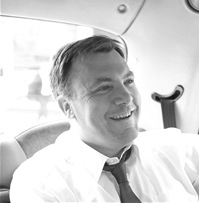 Ed Balls has told the two Miliband brothers that their row over the future direction of the party is “rerunning the debates of the past”. In a wide-ranging interview with Left Foot Forward he spoke about the mistakes made by his campaign, his role in the financial crash, but vowed “I always fight to win”.

Speaking to Left Foot Forward yesterday – as he gained the support of Ken Livingstone – Mr Balls stressed it was important to “make sure we don’t take the wrong conclusions from the election.” He said:

“From candidates who said they wanted to move beyond the new Labour / old Labour debates of the past, there is a danger of walking into caricatures. What we actually need to do here is put together a programme that is credible on the economy and on interest rates but at the same time will deliver the decent public services and the fairness that the majority of lower and middle income families want. The idea that we should either only focus on unskilled working people on the one hand or only focus on middle England on the other, I think both those things are pretty out of date. I worry that they’re rerunning the debates of the past.”

Asked whether he still thought he could win the leadership race, the Shadow Education Minister insisted that “you wait to see how the votes fall.” He suggested that although there was a “media sense that only two candidates can win,” he could “come through the middle as the head and heart candidate: the person everyone knows can both be a credible opposition and a credible prime minister.” In an apparent side-swipe to his leadership challengers, he said he was “willing to make a Labour case and not to bow, and pander, bite my lip, and fudge my message.” But Mr Balls conceded that:

“I never had the early organisation to compete with David or Ed on CLP selections. To be honest our energy in June and July went far more into the campaigning work we were doing in Parliament rather than the big effort on ringing around CLPs and maybe that was my mistake. Maybe I should have spent less time focused on Michael Gove and more time ringing up officers and CLPs around the country because I do know that it does make a difference. The important thing in politics is you’ve got to have no regrets. The right thing for me to do was to stand. I always fight to win.”

Mr Balls refused to say whether he would declare his second preference but hinted that he would not do so before ballot papers had arrived on September 1st. “Like everybody I’m going to look hard and think hard,” he added.

Turning to the economy, Mr Balls conceded that, “anybody in any position of responsibility in government or in financial regulation anywhere in the world has to share some responsibility … I take my share of responsibility”. But he refused to “take any lessons from George Osborne or David Cameron” because the Conservative party opposed and voted against the Financial Services and Markets Bill and attacked him as City Minister for being too tough on regulation and “going too far”. He wished in retrospect that he’d “been tougher”. He blamed the financial crisis on global imbalances and “irresponsible lending around the world by banks and financial institutions.” He rejected both George Osborne’s focus on excessive public borrowing or Vince Cable’s preoccupation after the 2005 general election on the excessive borrowing of UK consumers. He said there was no evidence for either explanation.

Mr Balls reiterated his opposition to Alistair Darling’s plan to reduce the deficit in four years. He said the ex-Chancellor’s approach was “more ambitious than was credible or sensible or likely to be fair”. He added that he was “very wary of this idea that we should be specifiying now what proportion of tax rises and spending cuts we should be [using to cut the deficit]” and insisted that growth had to be an important part of the mix. But Mr Balls suggested that he would do more to raise taxes than the Coalition including a “more decisive” levy on the banks, a 50p rate on those earning above £100,000, a “housing mansion wealth tax if it can be made to work”, and an internationally agreed tax on financial transactions.

On the thorny issue of electoral reform, Mr Balls – who came out in favour of the Alternative Vote in 2005 – said he would lead a campaign for a ‘Yes’ vote “in principle” but that he would have to “wait and see” whether he would do so in practice. The former Cabinet minister said, “at the moment it looks unlikely that I would be campaigning for Nick Clegg’s referendum” which he criticised for the “anti-democratic, anti-progressive, anti-liberal” reforms that were tacked on to the Parliamentary Voting System and Constituencies Bill. He said he didn’t think the referendum should be given “legitimacy” and suggested that there would have to be a discussion in the Shadow Cabinet and wider party before putting his weight behind a ‘Yes’ campaign.

Turning to the other topics in Left Foot Forward’s crowd-sourced list of questions, the leadership candidate described David Cameron’s Big Society as “hacking public spending, removing the state, and then allowing the voluntary sector to come in and fill the gap. To me that’s a return to the liberalism of the 19th century and the welfare of the workhouse.” On the environment, Mr Balls described the challenge of decarbonising the economy as a “long term task”, he insisted that politicians had to make the “long-term case that actually this can be good for growth and jobs and for the quality of people’s lives”. He said it was “inevitably harder during a period where the economy’s suffering and fuel prices have been higher to say to people they should pay more”.

Turning to party reform, Mr Balls, who published a 10-point contract with party members this week, said “I think there’s a bit of a contradiction between leadership candidates who say we must listen to the party more but then start off the whole leadership contest by announcing they have all the answers.” He added that he would rather see the policy making process start with questions and then “hear what our local communities are telling us.” He lamented the decline in working class representation in Parliament which he attributed to the cost of seeking selection.