Gaffe-prone work and pensions minister Chris Grayling has made another stunning statistical screw-up - over-estimating the proportion of London households in which no one has ever worked by a factor of more than 3:1. 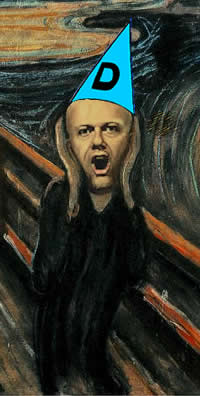 Gaffe-prone work and pensions minister Chris Grayling has made another stunning statistical screw-up – over-estimating the proportion of London households in which no one has ever worked by a factor of more than 3:1.

City AM reveals that Grayling’s DWP:

…rapped out a press release claiming that there are 71,000 households in London where no-one has ever worked, equivalent to 23 per cent of the capital. Perturbed by the maths, a conscientious City A.M.er rang up to check the figures, to be greeted by a red-faced spinner.

This isn’t the first run-in Grayling has had with a calculator, of course: earlier this year, as shadow home secretary, he was publicly rebuked by the head of the UK Statistics Authority for manipulating crime statistic comparisons in the election…

Since the turn of the year, Left Foot Forward has exposed and chronicled many more Grayling gaffes:

• February 3rd: Grayling claims there was a “98 per cent increase in serious violent crime” under Labour – the true figure is actually a 43 per cent fall.

• March 9th: Grayling claims there was a 44 per cent increase in violent crime – yet failed to release any details, figures or sources to back him up.

• March 20th: Grayling is caught on camera condemning the principle behind David Cameron’s unilateral bank tax at a public meeting.

• April 4th: Grayling is secretly recorded saying hotel owners “should have the right” to bar gay couples from their premises – putting him at odds with the image of the ‘new’ Tory party.

• April 9th: Grayling is filmed on a council estate near King’s Cross station and fails to make the link between poor social housing and drug use, then later that day blunders on the issue of youth reoffending.

• April 20th: Out of hiding, Grayling refuses to say he regrets his homophobic B&B remarks – only to be slapped down by David Cameron later that same day.

How would we fill our webspace without him…

51 Responses to “Another balls-up by Calamity Chris!”