Today’s labour market statistics reveal an employment recovery that is picking up, but remains very weak – though there is some genuine good news in today’s results. 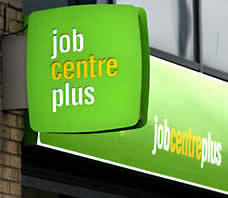 Today’s labour market statistics reveal an employment recovery that is picking up, but remains very weak – though there is some genuine good news in today’s results:

The increase in the number of people in employment is the largest since records began in 1971, but 45 per cent of the increase was people working in part-time jobs and a similar proportion came from those in temporary work.

Today also saw the publication of the quarterly Workforce Jobs figures, which were less encouraging. These figures look at how many jobs there are, rather than how many people are working, and we now have figures for March, which show 30,766,000 jobs. This is a 13,000 increase on the overall figure for December, but it is made up of a 47,000 fall in employee jobs and a 58,000 increase in self-employment.

There is a lot of fuss about how wonderful it is to be your own boss and so forth, but increased self-employment during a recession isn’t necessarily a good sign; a lot of it will be people who’ve given up on getting anyone else to give them a job and are starting up their own business in desperation. Some will succeed, but this isn’t a good time to be setting up your own firm and most will go bust.

These figures also show employment falling sharply in manufacturing (down 51,000), construction (down 63,000) and finance (down 39,000) and no net increase in public sector employment. These are the sectors where employment growth often begins, so these figures are worrying.

The figures for vacancies have improved a little; there were 482,000 job vacancies in the period March to May, slightly up from 480,000 in February to April. Chris Grayling, the employment minister, has a well-established tendency to use the vacancy figures to suggest that unemployed people are to blame for their unemployment, but the key statistic is the ratio of unemployed people to vacancies – which is still above 5:1.

In non-recessionary times, this tends to be below 3:1, which suggests that the problem is the lack of jobs, not the character of the unemployed. The TUC has published an interactive map showing this ratio for each Parliamentary constituency.

The other reason for being quite downbeat about today’s figures is that they confirm that long-term unemployment is still rising: 1,306,000 people have been unemployed over six months, up five thousand on last month’s figure and twenty thousand on the last quarter. Long-term unemployment causes misery that lasts for years and we can’t say we have a recovery until it is falling.

Employment is rising, but we don’t have the solid basis of recovery across all industries and types of employment that we need if want to claim that it is well-established and it certainly isn’t strong enough to withstand the impact of massive cuts. We know that the long-term prospects for jobs are worse than the Coalition has been willing to admit; today’s figures reveal how easily we could slip from gradual improvement to a deeper decline.