The Coalition's pupil premium plans will cost £2.5bn. If the money doesn't come from schools or pensions, it is likely to mean cuts in programmes like Sure Start and EMAs. 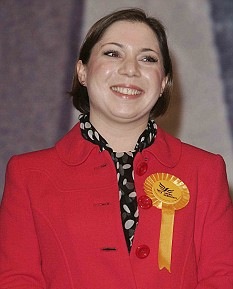 The Coalition government’s plans to introduce a £2.5 billion pupil premium is likely to mean deep cuts in spending on early years, childcare, and youth services or further cuts in other departments.

“The proposed pupil premium would provide additional per pupil funding on top of the existing funding provided to schools. Schools will be free to spend the additional funding as they choose to raise the achievement of disadvantage pupils.”

On her blog earlier this month, Lynne Featherstone – the Coalition’s equalities minister – said:

“Obviously – the new coalition government’s ‘pupil premium’ in the coalition agreement – where £2.5 billion will come on stream starting in the second year of government – and where the money follows the pupil with special needs or on free school meals (and which will benefit every single school in Haringey) will be a blessing. However, that will bring us in a lot of money – but equally it will bring money into those boroughs like Camden and Hackney too.”

But the Department for Education‘s budget for 2010-11 set out that £46.5 billion of the department’s total spending of £68.7 billion would be on “schools including Sixth Form”. The remaining budget of £22.2 billion is made up of £10.3 billion on the Teachers’ Pensions Scheme and £11.9 billion on support for children, families and young people. Finding £2.5 billion for a new pupil premium from this latter budget would mean a reduction of 24.2 per cent in funding for programmes like Sure Start and Education Maintenance Allowances unless pensions were slashed. This would be above and beyond the cuts of up to 20 per cent being planned by the department. The DoE has already cut £670m from its budget this year. An alternative would be for further cuts in other departments.

Confounding the uncertainty around the cost, the efficacy of the scheme is uncertain. According to the IFS, “the level of funding targeted at deprivation has increased rapidly in recent years, particularly in terms of the funding provided by local authorities.” They go on to conclude that:

“any revenue-neutral or low-net-cost [pupil premium] option is likely to lead to significant numbers of schools experiencing large losses in per-pupil funding. Minimising such losses with additional public spending is likely to prove difficult given the level of fiscal restraint required over the course of the next parliament.”

This prompted the Financial Times to report ”doubts cast on ‘pupil premium’ proposals.” Even with the Conservative’s guarantee during the election that the pupil premium will “not be taken from other schools”, the IFS were only prepared to say that, “there is little more we can say about the Conservatives plans for a pupil premium.”