A poll recently commissioned by Lib Dems for Drug Policy Reform and conducted by Vision Critical shows that 70 per cent of people are in favour of cannabis being legalised. 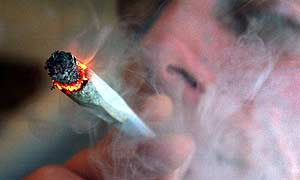 At the very least this could be interpreted as there being scope for a proper debate about the future of drugs policy that includes all options and that such an approach would not be as “politically toxic” as many politicians seem to fear. This poll should go some way towards reassuring them that this is not the case.

The poll took a slightly different approach to previous ones in this field. It outlines three scenarios, “Light regulation”, “Strict government control and regulation” and “Prohibition”. It then detailed what each of those categories mean and asked people to say which category they thought a number of currently legal and prohibited drugs should go into.

Some of the demographic breakdown information from the results is interesting too. For example, there is no significant difference between the three different age ranges (18-34, 35-54, 55+) across the different drugs and categories people want to see. There is also little difference between supporters of the main parties; perhaps the results of this poll could be interpreted as giving “permission” for politicians to have that full and open debate.

You can read more information including a more detailed breakdown of the poll methodology and results here. You can also view an interview I conducted back in January with Professor David Nutt, former head of the Advisory Council on the Misuse of Drugs which touched upon some of the issues raised by this poll here.