Fraser Nelson claims that Chuka Umunna is "clueless" on economics. But the Speccie editor is either "clueless" himself or being dishonest about the Budget. 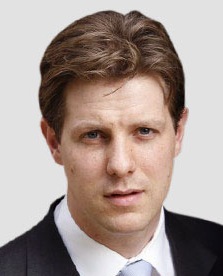 Yesterday evening Spectator editor, Fraser Nelson, launched a stinging attack on one of Labour’s rising stars, Chuka Umunna MP, who had written an “open letter” to George Osborne. Using one of the oldest trick in the rhetoricians’ handbook – shooting the messenger rather than the message – Mr Nelson attempted to undermine the underlying argument that the Budget was neither “progressive” nor “unavoidable”.


Was the Budget progressive?

Fraser Nelson claims that, “For the first time ever, the Budget produced a distributional impact – along the IFS lines – to show the rich paid more than the poor”. By way of supporting evidence, he links to Chart A4 of the Budget. But this picture gives a single snapshot of a narrow area of policy half-way through the consolidation period.

The IFS themselves produced a graph of what the total tax and benefit changes would mean in 2014-15 (ie the last year that the changes take effect). They clearly show that stripping away measures announced by Labour (such as the 50p tax rate), provides a rather different picture. In the days after the Budget, IFS Director Robert Chote said:

“Turning to the distributional impact of the Budget, Mr Osborne and Mr Clegg have been keen to describe yesterday’s measures as “progressive” in the sense that the rich will feel more pain than the poor. That is a debateable claim…

“The Budget looks less progressive – indeed somewhat regressive – when you take out the effect of measures that were inherited from the previous Government, when you look further into the future than 2012–13 and when you include some other measures that the Treasury has chosen not to model.

Was the Budget unavoidable?

Nelson jumps on a single phrase by Umunna for two of his five points. He challenges Umunna’s assertion that, “You could reverse your decision not to raise National Insurance contributions”. But although the Budget decision announced an increase in the secondary NICs threshold of £21 per week rather than a rate cut, the Labour MP can be forgiven for conflating the two policies since the Chancellor himself used his Budget speech to present the policy as a “different approach” to Labour’s “jobs tax”. In any case, the Budget measure costs twice as much as the housing benefit reforms that Mr Umunna cites (see Table 2.1 of the Budget for more details) so the decision was a clear choice.

Mr Nelson goes on to claim that a “NIC tax rise would take money out of people’s pockets – it means lower wages for employees, or high prices for consumers.” This takes us back to the tiresome “jobs tax” arguments of the election. Nelson and his pals claim that only tax rises impact growth and therefore jobs. But according to the OBR, the “fiscal multipliers” of cutting spending have a greater impact on growth than raising taxes. Table C8 of the Budget (reproduced below) is clear on this.

The Speccie editor goes on to dismiss Umunna’s point on the “Robin Hood Tax” by claiming that international cooperation – which the Tories did not think was necessary for their banking levy – is a pre-requisite. That is a debatable point but Nelson says nothing about the Labour MP’s ideas to increase the bank levy to at least £6 billion, exempt banks from corporation tax cuts, or extend the tax on bankers’ bonuses. Left Foot Forward would add to that list scrapping the Coalition’s regressive tax threshold changes and would also question where now is the right time to cut corporation tax or to freeze council tax. If Mr Umunna’s ideas plus our own were implemented, it would raise £17.5 billion per year by 2014-15 – enough to avoid many of the cuts planned by the Coalition before you even get to a discussion of whether an extra £32 billion of cuts by 2014-15 is really necessary.

Left Foot Forward doesn’t really believe that Fraser Nelson is foolish or, indeed “clueless“. But he is certainly being dishonest about the Budget.