The prime minister came to the summits “with a clear commitment to make sure these summits deliver for people. Too often, these international meetings fail to live up to the hype and the promises made” – yet according to The Guardian, Downing Street admitted that he had simply “not fought” for the commitments to be included during the negotiations. 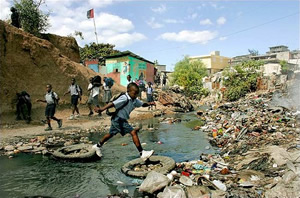 When Harriet Harman asked David Cameron last week to give due credit to Gordon Brown for his work on development, he replied: “I’d be delighted to, if he could be bothered to turn up to this House.” Apart from being disrespectful to a former prime minister and Chancellor respected the world over for his achievements in the fight against global poverty, the real question many in the development community will rightly be asking following the G8 and G20 summits is: did Mr Cameron bother to turn up?

At this year’s G8 summit, the historic 2005 Gleneagles agreements were dropped from the final communiqué. Save the Children describe it simply as “shameful”, while Oxfam said:

“The only promise that counts is the Gleneagles one to increase aid by $50 billion by 2010 and that is the one they have abandoned.”

The prime minister came to the summits “with a clear commitment to make sure these summits deliver for people. Too often, these international meetings fail to live up to the hype and the promises made” – yet according to The Guardian, Downing Street admitted that he had simply “not fought” for the commitments to be included during the negotiations.

The G8 did muster some action on maternal mortality and child health, urgently needed in a world where approximately 350,000 mothers die from complications during child birth and 8.8 million children die before their fifth birthday, but the results were utterly inadequate; “lower than our lowest expectations” is how Oxfam described the initiative.

Around 40 per cent of the promised aid increase made at Gleneagles has not been delivered. The 60 per cent that has been spent has made a huge difference, according to a recent DATA report – 200 million bednets to tackle malaria;vaccines and immunisation saving the lives of 5.4m children; 42m more children in school…

But that $20 billion (£13.2bn) shortfall is literally costing lives. True, the recession has meant that budgets are tightening across the whole of the G8, but the Gleneagles summit took place in difficult times too as the horrific events of 7/7 unfolded. Through the leadership of Tony Blair and Gordon Brown, and a campaign by millions of people around the world, it still achieved that $50bn agreement and debt relief.

“Britain should be both leading by example and putting in the hard graft… So can David Cameron tell us how many phone calls and meetings he actually held with other world leaders about maintaining the Gleneagles promises?

He also criticised the Government for lacking a clear forward agenda ahead of the UN summit on the Millennium Development Goals in September. In the Commons debate on global poverty last Thursday Mr Alexander remarked:

“What concerns me most about this Government’s approach to global poverty, even in these earliest weeks, are the limitations of the vision, and, indeed, of ambition, that have so far been revealed…

“What is the clear forward agenda, beyond the re-packaging of existing policies? With just weeks to go, where are the Government’s clear and concrete proposals and red lines for the UN MDG summit?”

Or to put it more succinctly, will the UK Government ‘bother’ to turn up?