Douglas Alexander this evening insisted that David Miliband was winning the race for 2nd preferences. But Ed's campaign believe they are the grassroots candidate. 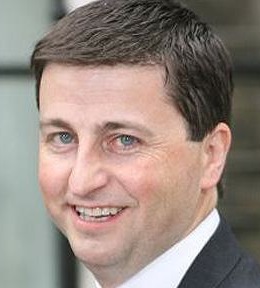 David Miliband’s campaign is confident he will prove just as popular a second choice for voters in the Labour leadership contest as his brother Ed. At a bloggers’ briefing today in London, campaign co-chair Douglas Alexader, sought to challenge the common assumption, promoted by Gary Gibbon among others, that Ed Miliband has a lead in second preferences.

Mr Alexander cited anecdotal evidence that Miliband Snr was winning a series of Constituency Labour Party nominations including those where second preferences were decisive. David Miliband has a lead over his brother of 110 CLPs to 79 CLPs although some contests have been fought on a winner-takes-all ballot rather than using the transferable votes system set out in the rules.

The focus on second preferences indicates that the Miliband campaign are not expecting to win a knock out blow in the first round. But Alexander refused to write off the chances of Balls, Burnham and Abbott coming second despite the weight of evidence that the contest is a two-horse race between the Miliband brothers.

In suggesting that David is as popular as Ed on second preferences, Alexander has an unlikely ally in right-wing blogger Guido Fawkes, who is staking money on David Miliband, on the basis that, “Experience shows that second preferences tend to break in correlation with first preferences.”

An Ed Miliband campaign spokesperson this evening countered that their candidate had emerged as the candidate of the grass roots:

“It’s not just that we are running a campaign nearly entirely staffed by volunteers, but also that a pattern is emerging where if a CLP or Trade Union has canvassed its members widely, they tend to nominate Ed.”

“This bodes well for Ed when individual members are considering where to place their support and preference.”

Claim and counter-claim are hard to verify while so little information exists in the public domain. In the absence of sufficient funds to pay for a poll of Labour members and trade union members, Left Foot Forward has used Labour List’s self-selective poll for our model of the leadership election. But we are now seeking a more scientific approach by asking readers who are Labour members to submit the first round results of their party’s local nominations.

Anybody with information about their local CLP nomination should post it in the comments section below or tweet them using the #CLPVote hashtag. We are interested in constituency name, candidate nominated, methodology (ie first-past-the-post or transferable voting), and scores in the 1st round of voting (ie before any candidates were knocked out).