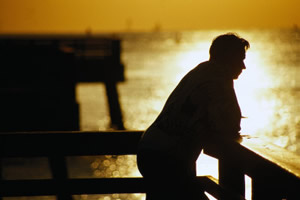 Despite the Coalition’s attempts to present their cuts as an investment in young people, their key announcement so far has been a significant cut in the future jobs fund, which aimed to provide paid employment to young people who had been out of work for more than six months. This cut means that the 205,000 jobs that would have been provided have been reduced to 111,000 – it appears that 94,000 jobs have been lost.

Evidence tells us that this type of demand-led labour market scheme is the most effective means to prevent long-term unemployment when vacancies are limited. Which, with unemployment among 18-24 year olds at 734,000 and rising – meaning close to 18 per cent of young people are unemployed – makes it all the more heartbreaking that it has been scrapped.

Across the country, young people are benefitting from the fund (as existing places have been retained):

• In Leicester, 78 young people have been taken on by a local social enterprise, with 14 already leaving to go on to full-time employment;

• In Tynecastle, Hearts football club are taking on 15 young people with the support of the Fund;

• In Plymouth, 181 young people will be employed with the Wolseley Trust.

It is a shame that 94,000 fewer young people will receive similar support.

An emerging consensus on the right seems to suggest that unemployed people who have lost their jobs during the recent downturn are not in need of Government help. In response to a question raised after his recent speech (which can be viewed here), work and pensions secretary Iain Duncan Smith said there are still many vacancies available for unemployed people to take up.

And in a recent edition of Moral Maze, Matthew Sinclair, research director of the Taxpayer’s Alliance, informed the audience that:

“Jobs are very regularly created, you’ve got to separate the long-term problem of welfare dependency from a problem of temporary unemployment…

But with more than 2.5 million people unemployed, and vacancies at under 500,000, the ratio of jobs to unemployed people is less than 1:5; in addition, young people are particularly poorly placed to access these jobs, with less work experience making them less attractive to employers and hiring freezes affecting new labour market entrants particularly badly.

The reality is that there are simply not enough jobs available for unemployed people, and particularly young unemployed people, to do – and with public sector cuts looming, with inevitable knock on effects for the private sector, the situation looks unlikely to improve soon. In this situation, the risks of long-term unemployment taking hold are very real – with devastating social and economic concequences.

As well as cutting the demand-led future jobs fund the Coalition’s wider policies mean that options and opportunities will be reduced for young people who remain out of work. University places are under threat, already down 10,000 on the numbers promised by the previous Government, and large scale cut backs are likely in the scale and scope of the Connexions service – which places a particular focus on supporting young people who are NEETs, not in education, employment or training.

While the continuation of the previous Government’s support for apprenticeships is welcome, there is no guarantee that places will exceed targets set by the previous administration (indeed, with private and public sector job cuts on the cards, it is hard to see how significant growth can be achieved) – and apprenticeships alone are not the solution to long-term youth worklessness.

At the end of his recent address, Mr Duncan Smith said that the future jobs fund had been scrapped as it failed the new Government test of ‘social return on investment’. The application criteria for this test are not yet public knowledge – and at present, with only three months’ operational data available, it’s hard to see how an objective assessment could have been made of the fund’s impact.

With no more detailed evidence to go on, it’s difficult not to conclude that the only criterion that the Coalition have taken into consideration has been cost – regardless of the impacts for the UK’s unemployed young people.